I’ve been a movie junkie as long as I can remember. I recall ripping through the TV section of the Peoria Journal Star every Saturday, looking for hopeful signs on the next week’s movie horizon. I couldn’t have been older than 9 or 10, with tastes appropriate to my years — all I needed in life was two hours of Godzilla eating Tokyo or Washington fending off alien invaders. 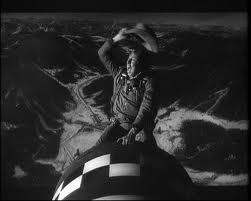 I watched everything back then — I still remember the first time I saw Slim Pickens riding that A-bomb to his doom in “Doctor Strangelove.” I had no idea it was a comedy.

Oddly enough, the late-show movie most fixed in my memory involved a black guy trapped in a mine while World War III breaks out. He escapes to a world devoid of people and settles into a strange life in a vacant New York City. Then he finds a woman. Things progress until another guy shows up. He’s white. Naturally, the first instinct of the last three people on earth is a racially charged love triangle.

Today my movie habit is enabled almost entirely by Netflix.com, and my deepest lament is that I’ve seen all the good ones (nearly 1200 titles and counting).

Netflix doesn’t stock every film ever produced (they’re not all out on DVD), but it has enough to keep a fiend like me on the hook. I’ve become a huge fan of foreign flicks, mainly because gobs of great movies are out there if you can deal with the subtitles (I’d rather read subtitles than try to watch dubbed movies; the mouth-not-following-the-words is too distracting). 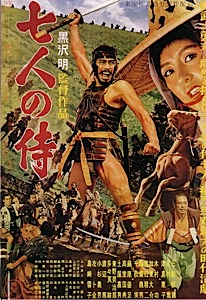 I’ve seen all the best work of Akira Kurosawa, Japan’s legendary film director. His “Seven Samurai,” remade in the U.S. as “The Magnificent Seven,” tells the story of lowly Japanese peasants who become so fed up with marauding bandits that they hire free-lance samurai warriors to a) save their crops; and b) seek revenge. One of the co-stars is Toshiro Mifune, who also starred as a cunning rogue who plays a town’s feuding factions against each other in the classic Yojimbo, remade as “A Fistful of Dollars” in the spaghetti western that turned Clint Eastwood into a huge star.

Speaking of samurai warriors, thanks to Netflix I stumbled across the work of Jean-Pierre Melville, a great French director whose Le samouraï” was one of the great crime movies of the 1960s. Le samouraï features a square-jawed heartthrob who carefully and precisely kills people for a living. Even better is “Le deuxième souffle” (The Second Wind), featuring a scary-tough bad-ass (hard to imagine in a French film, I know) named “Gu” who breaks out of prison and attempts the epic heist that will let him retire in peace.

I could go on, perhaps to my last keystroke, raving about all the great movies and griping about the bad ones. It’s true they don’t make them like they used to. But good ones keep getting made, and forgotten ones keep getting rediscovered.

Fine time to be a film fiend, no doubt about it.