This weekend is a bit of a preview of next weekend, when I’m doing an overnight
hike in Tahoe National Forest. It’s a three-and-a-half-hour drive to the trailhead
at a place called Carr Lake, which is accessible by car only by driving four
miles down a rutted, molar-grinding gravel road. 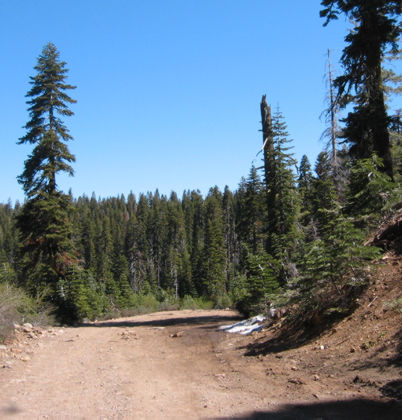 Here’s the road near Carr Lake. Rough as a cob, as my dad might’ve put it.
We parked nearby and started looking around a bit after our teeth stopped rattling. 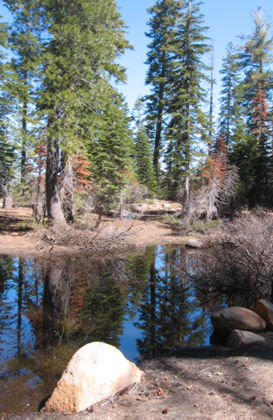 A snowmelt pond in the parking lot. There were at least a dozen cars here when
we arrived; even more when we left. I’ve heard this area is the most popular
but once you hike into the backcountry a bit, the crowds thin out. 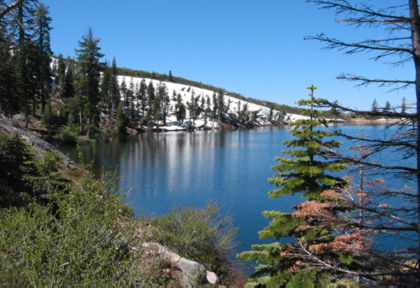 Carr Lake, with a snow-covered ridge behind the far bank. 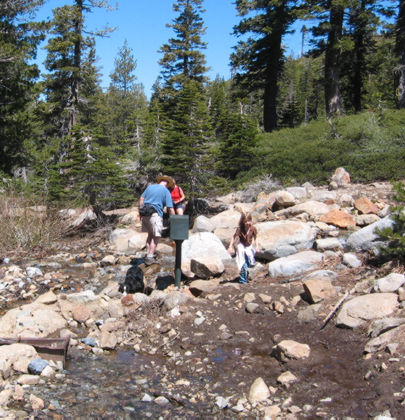 The trail crosses a stream spilling out of the next lake over. Driest way to
cross is to pick your way through these rocks, as this family was doing. 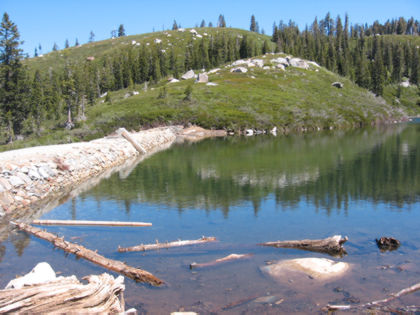 A dam holds back the waters of Feely Lake. 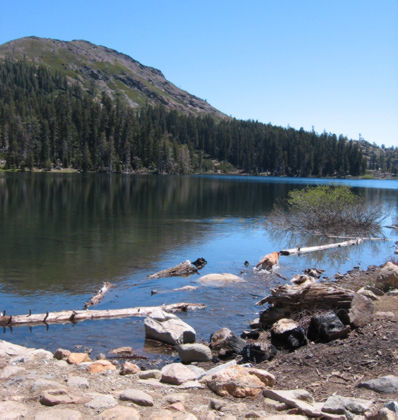 Fall Creek Mountain is the name of that hill. 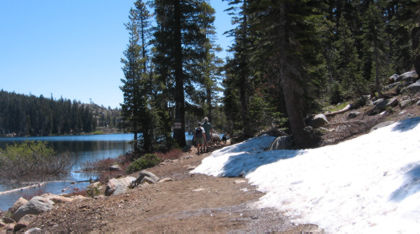 More snow near the trail. 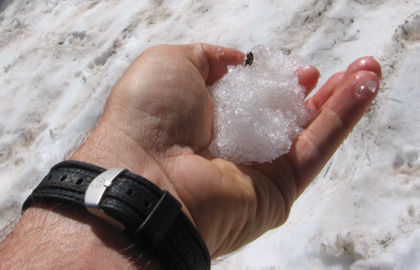 Yeah, it’s cold if you hold it in your hand. 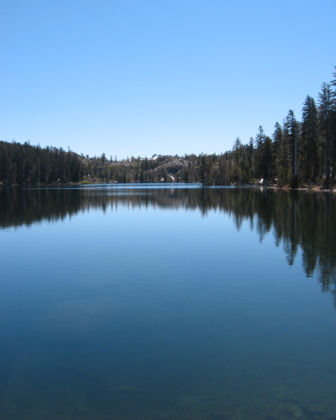 One more look at Feely Lake.

Melissa would like the world to know this was her first official California
hike. It was less than a mile but did include two stream crossings, one of which
involved taking off shoes and wading across and the other entailed tiptoeing
across rocks and small boulders. You go, girl!

Once we’d scoped out Carr Lake and gotten ourselves mentally prepared for the
bone-jarring ride back to the paved road, we decided to do a little sightseeing.
Our route took us up Interstate 80 to California Highway 89. We turned north
in search of Highway 49, which heads back south for about a hundred miles through
Tahoe National Forest. The ride is stunning — we had the highway to ourselves
most of the way. 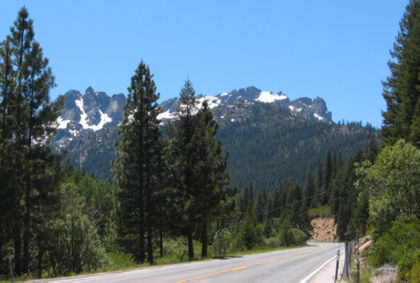 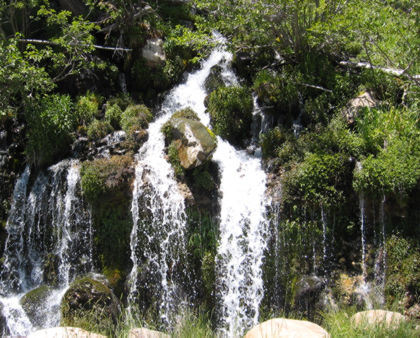 Snowmelt coming down the hillside. We pulled off to check out the buttes and
saw this little waterfall. 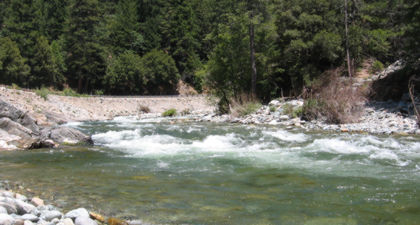 HIghway 49 follows the Yuba River much of the way south. It’s cold, fast and
bumpy, great for whitewater rafting and kayaking.

It took us a couple hours just to drive through this one stretch of Tahoe National
Forest, and it’s one of about five such forests in the Tahoe area. The hiking
and camping alone are seemingly endless (many of the primitive campgrounds have
no fee, though if you want running water and flush toilets you can expect to
pay a bit).

The Tahoe region becomes mobbed with people during ski season because only
a few roads can be kept open, and there are only so many outdoor things people
want to do in 30-foot-deep snow. Once the snow melts, though, the crowds disperse
and the stuff-to-do factor goes way up.

I’m thinking I’ll be back this way more than once this summer.