Saturday dawned rainy, windy and foggy on our little hill, so I figured it was a perfect day to spend in out of the weather. It was the last day of the San Francisco International Auto Show, which is one of the biggest and best in the country. If you’re into cars. 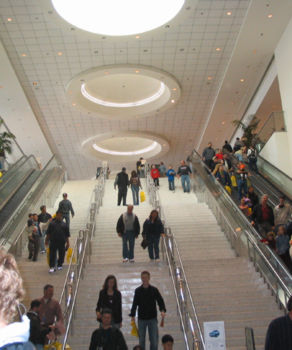 The show’s in the Moscone Convention Center downtown, taking up parts of three sections of the place, which is massive. 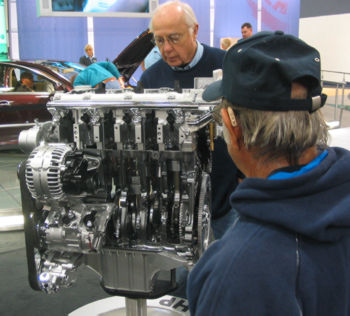 It’s all about he possibilities unleashed by the internal combustion engine — this one has the sides removed so you can see the pistons, valves, drive belts, etc. 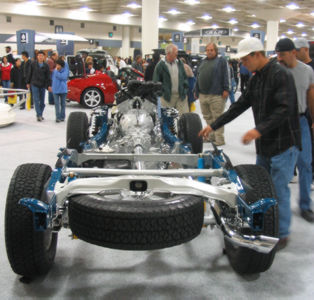 Ask any guy and he’ll confirm: It’s impossible not to look at a naked Nissan pickup truck. 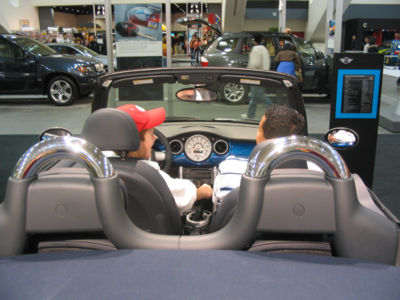 They’re several years shy of earning their learners’ permits, but they can always dream. 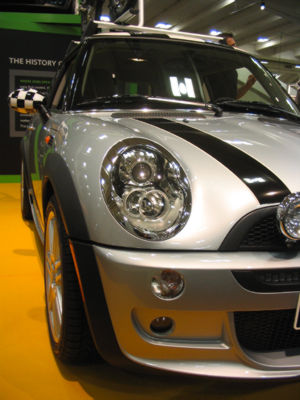 The three elements in this Cooper Mini’ s headlight assembly fascinated me — in a just world there’d be three settings on every headlight switch: normal, high and thermonuclear for those losers who won’t dim their lights when they’re coming at me on two-lane roads late at night. 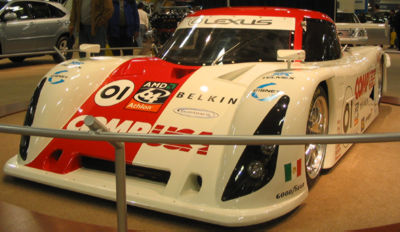 Every car show Walter Mitty imagines himself at the wheel of one of these racecars when he hops into his Camry for the drive home. Which is why I took BART to the city. 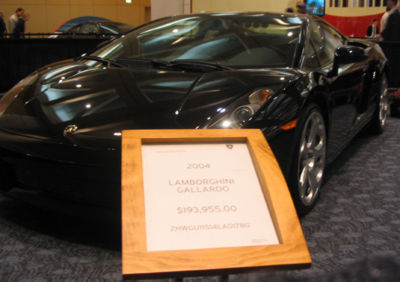 This impossibly cool Lamborghini (impossibly expensive at $193, 955), reminded me of something my good friend Gerald once told me about how the character of two European nations is reflected in their cars.

Here’s one of those German muscle cars: A Mercedes designed to rip up the Autobahn. 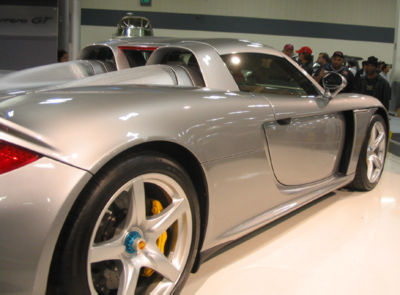 The whiz kids over at Porsche mock the pretensions of mass-market automakers like Mercedes. I imagine their engineers bumping into each other in Berlin bars — first one loudmouth mocks his rivals’ brake caliper design; from the other side comes a taunt about fuel injectors. Soon a melee ensues. Pocket calculators are smashed against skulls, eyeglasses crushed under heels. Look, after you’ve stared at a hundred cars you’ll never hope to own, you have nothing but your fantasies. 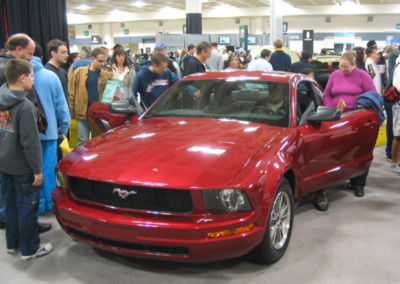 Back here on earth among cars Real Americans drive, it appears the folks at Ford have given their Mustang a new nose reminiscent of a ’70 Mach 1 and are pretending it’s a whole new car. Scads of people fall for the gambit. 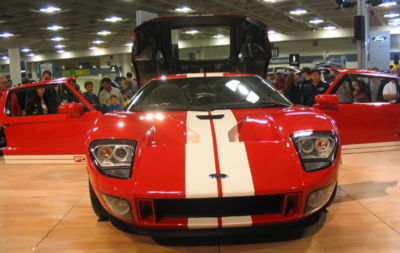 Now this is a Ford I could get excited about. And I’ll have a getaway car for the bank robbery required to make the first payment. 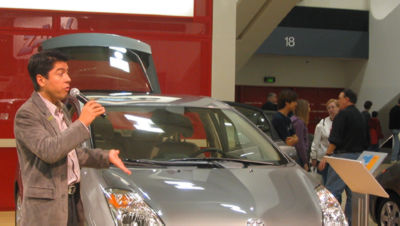 A bunch of these guys had to stand up up there for hours and recite the wonders of their automotive wares. This guy seems to be saying “why on earth wouldn‘t you buy this car?” I was seriously bummed that there weren’t more sexy female spokesmodels, but this is San Francisco, after all. 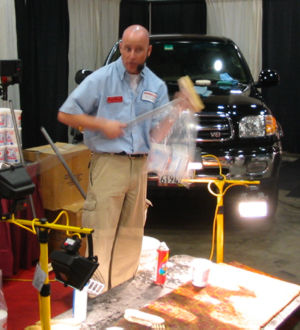 This guy has a bright future in late-night infomercials: he was hawking this miracle stain remover as if it’d been Fed-Exed from Heaven Above. 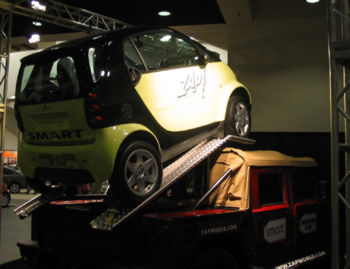 What’s that, a 60-mile-per-gallon Zap-mobile making love to a Hummer H1? 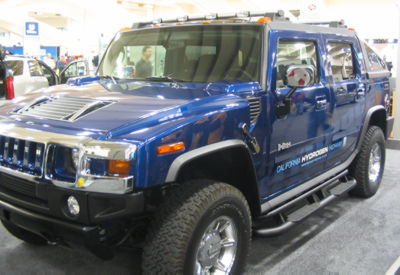 And what could this be but its hydrogen-powered H2 love child? 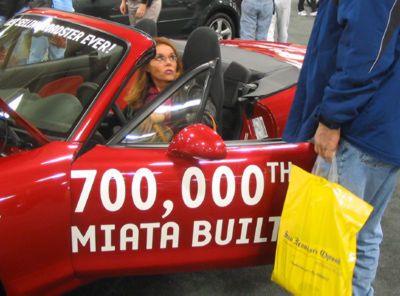 That’s a lotta Miatas — sorry to all of you who thought yours would be a collector’s item. 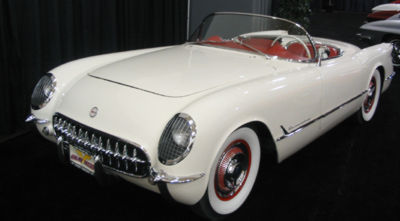 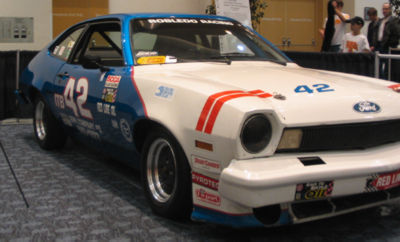 So those are my highlights. I have this strange adoration of cars, because I’m perfectly happy driving my Ford Focus ZX3 — it’s cheap, comfortable, paid off, all the things I need in an automobile. On some theoretical level I’d love to be able to drive a Porsche or Ferrari, but it’s enough for me that these cars exist and that somebody gets to make them, and drive them.