Melissa asked me to take some pictures of her flowerbed for the folks back
home, so I popped off a few shots Sunday afternoon.

Lately I’ve been trying to show more discipline in choosing which photos to
post. I get a few notes saying "please post more!" and I’m grateful
for the encouragement and indulgence. Nevertheless, every minute here is a minute
away from your favorite "Everybody Loves Raymond" reruns. That’s a
lot to ask of anyone. And besides, the pros take dozens of rolls of film and
distill them to a single shot for publication. I don’t need to be that brutal,
but the least I could do is emulate people who know what they’re doing.

Anyway, these are the pics I winnowed from the dozen I shot.

Looking straight down from our porch on Melissa’s flowerbed. I like to try
shooting at odd angles, but most of my results are too wacked-out. 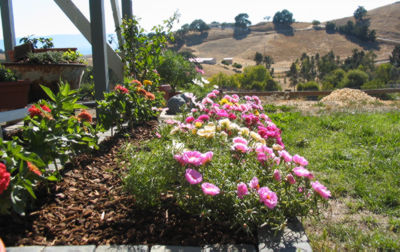 Something I learned early after moving here: getting the hills in the background
almost always makes the picture prettier. 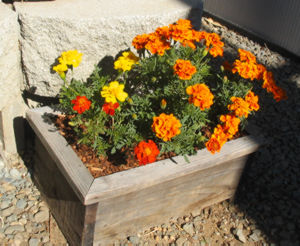 A box of marigolds. 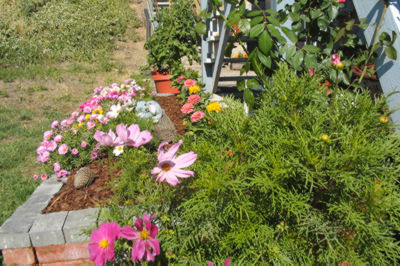 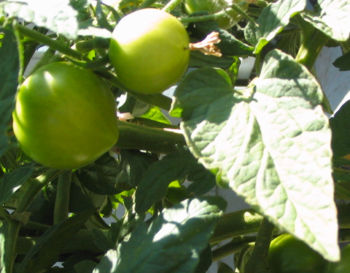 Green tomatoes. Soon we’ll be swimming in fat, juicy red ones. Melissa put
these in planters because months of sun and wind (and no rain) have made the
soil nearby impervious just about anything this side of a laser-guided bomb.
Shovel blades just ricochet off this dirt.

So, those are today’s pics. Now get back in front of your television where
you belong.

2 comments for “A few flowers”