A member of the club named Debbie had a nice little five-miler planned for
this weekend. The forecast said high of 72 — 25 degrees cooler than the last
Rancho hike — so I hopped in the car and sped over there Saturday morning.
Turned out Debbie and I were the only ones who showed up; I’m sure she’ll show
up in future hike reports .. .this time I was skittish about taking pictures
of one person and saying "this is half my hiking group."

Spotting this deer made Debbie’s day. 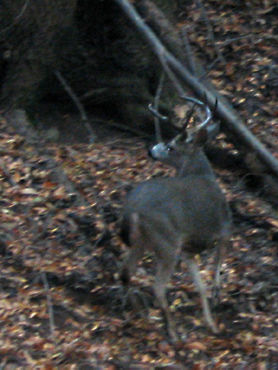 This guy was doing the little freeze that all the "prey" species
do just before they flee. The old "Maybe if I stand real still, the mountain
lion won’t notice me." It never works. Good thing they can run so fast.

We also passed through a section of the park called Deer Hollow Farm, which
gives city kids a chance to gape at farm animals and squeal loudly when amusing/amazing
things happen. I need no provocation to take pictures of livestock. 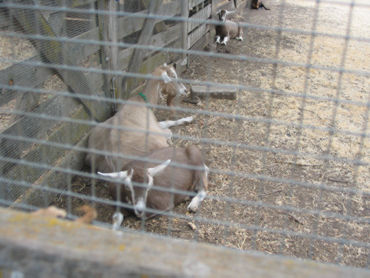 Goats are about the most relaxed farm animals you’ll ever see. Maybe it’s because
we don’t eat goats. 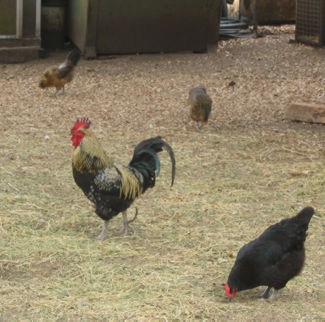 Chickens are, understandably, a bit more tense. This rooster was making all
kinds of crowing sounds, though the hens were no doubt thinking to themselves,
"for God’s sake, buddy, it’s past lunchtime. Give it a rest." 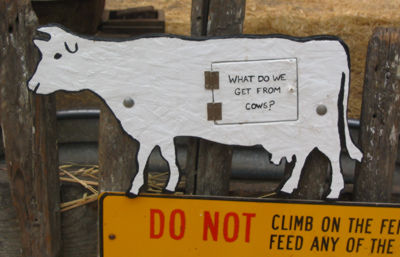 Pull open the door and it says… 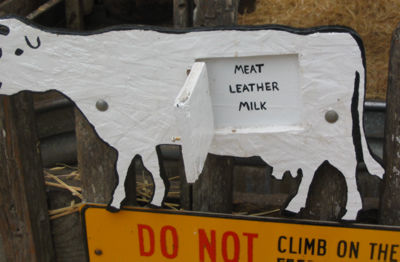 I like cows because they seem so resigned to their fate as meat-, milk- and
leather-bearing servants of human appetites. 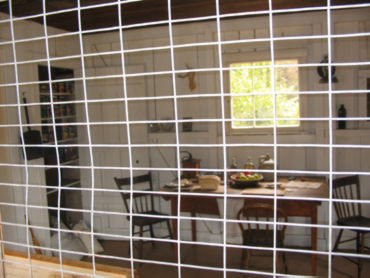 Really needs some people in there with a sign saying "Earthlings, in their
19th Century Habitat." (A great Twilight Zone episode has an ending like
this.)