You can’t go wrong checking out the Golden Gate Bridge. But there are good
days and bad days to check it out.

The good days are sunny afternoons in October when there’s no fog, when San
Francisco is a shining city on the hills, when the blue-green waters of the
Bay glimmer, when sailboats ply its currents.

The bad days are like yesterday, when I was there, trying to walk to the Marin
County side before turning back halfway in disgust. When the bridge is fogged
in, there’s no scenic splendor to distract your attention from the reality that
you’re several hundred feet above open water with cold, damp winds chilling
you to the bone amid a deafening roar of passing traffic and tourists zipping
past your elbows on their rented bicycles.

The walk to and from the bridge isn’t so bad, though. I did a 13-mile loop
up to the top of the hill on California Street, then down to Fort Baker, over
to Fort Point, halfway across the bridge, and then back along the waterfront
through Fisherman’s Wharf and down the Embarcadero to Market Street. 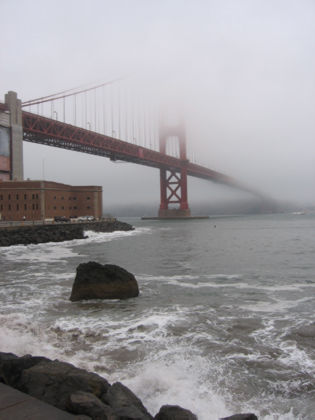 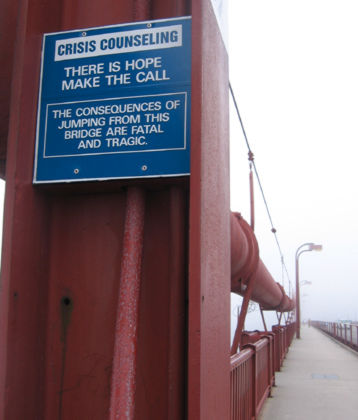 The signs urging people not to jump don’t help my mood much. 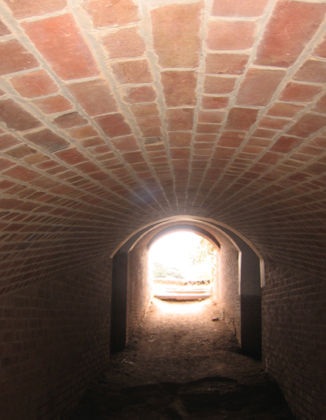 The hills around the bridge are full of old gun emplacements installed to discourage
attacks on the San Francisco Bay. These things were the great military-procurement
boondoggles of their day, considering the extremely small likelihood of anybody
trying to invade North America at this precise locale. 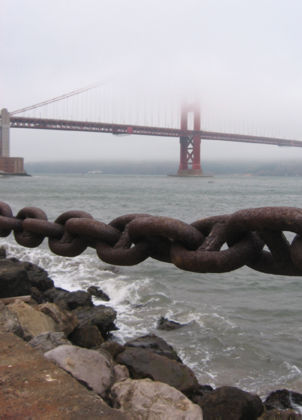 At this point I’m thinking, the further from the bridge, the better. 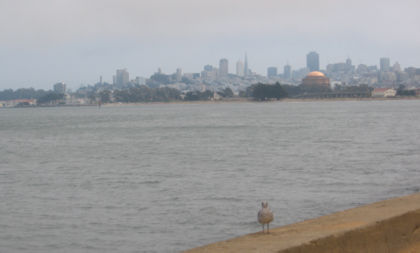 As my route turns back toward downtown, the day gets sunnier and more pleasant. 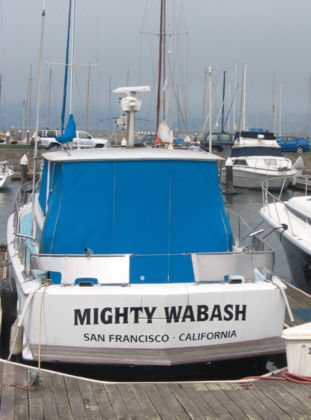 Somebody who parks his cabin cruiser in the Marina is a long way from Indiana. 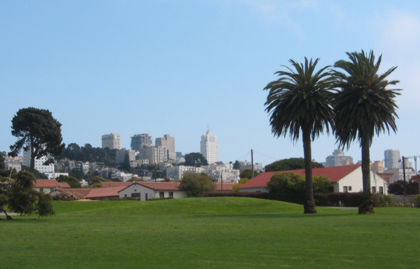 Green grass and blue skies are a welcome sight. 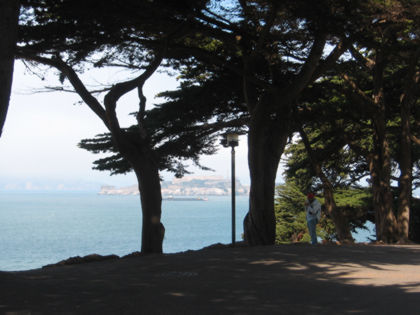 You can get Alcatraz in the background just about everywhere along this route. 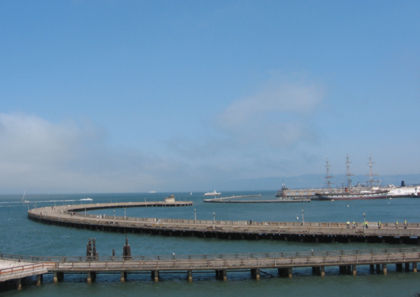 A pier arches out toward the bay near the aquatic center at Fisherman’s wharf. 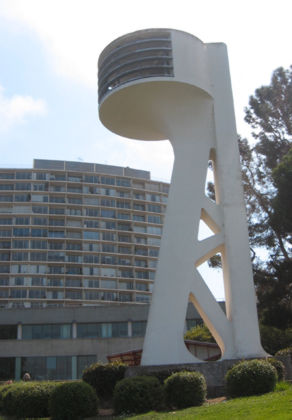 I have no idea what this tower is for; seems like it ought to have go-go dancers
or something. 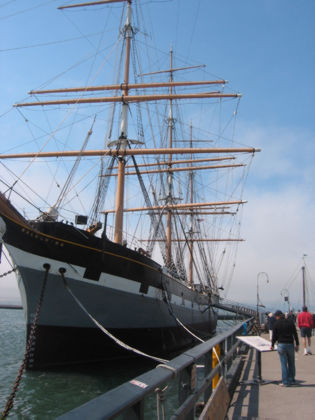 A maritime museum with actual ships of ages past is at the border to the Fisherman’s
Wharf tourist trap. 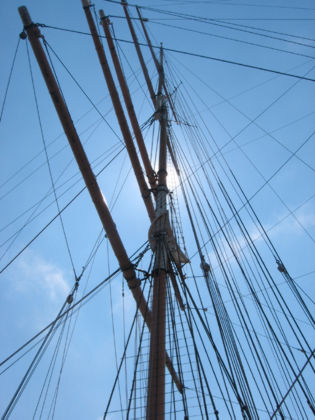 The riggings look vaguely like dead trees, don’t you think? 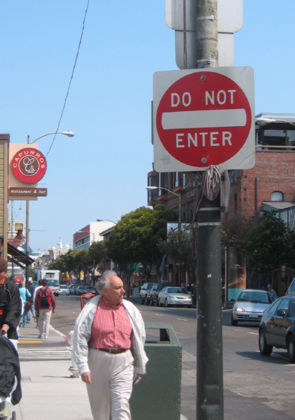 The best advice for any non-tourist who stumbles into Fisherman’s Wharf. 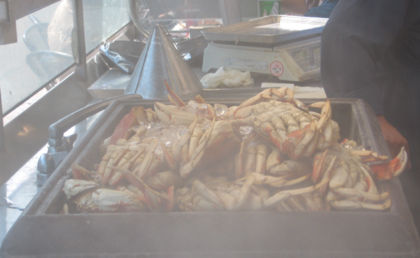 Crabs whose luck has run out. 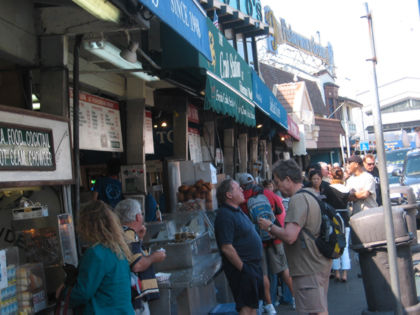 Heaven for out-of-town gawkers and the people who take their money. Purgatory
for everybody else. 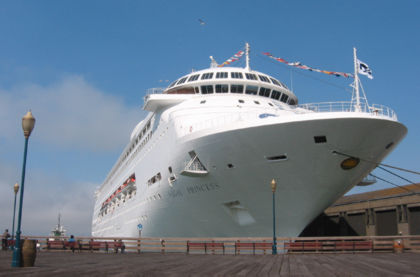 Down the Embarcadero, a cruise ship as large as a small city awaits its passengers. 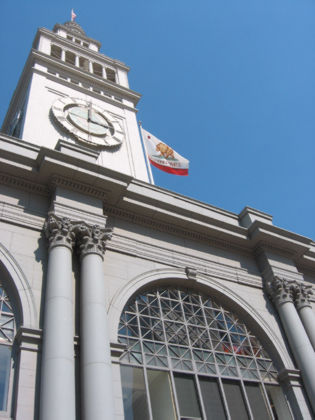 The Clock Tower at the foot of Market Street is a welcome sight after nearly
six hours of walking. 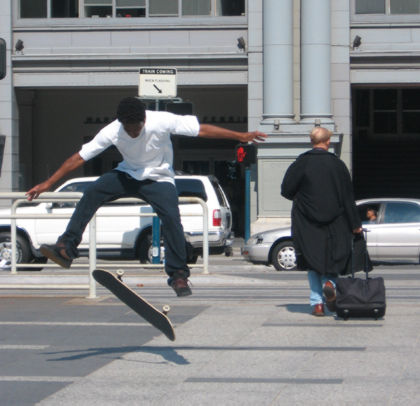