I promised Melissa a road trip last week and we got a doozy in on Sunday —
500 miles to just south of Lake Tahoe to the Mono Lake Basin and a return trip
via the Yosemite high country (it’s break-in miles on the new car, I tell you.
I plan on continuing the break-in period for at least 20,000 miles — this is
about 20 times more than the owner’s manual suggests, but one can never be too
careful).

On a good day San Jose can be described as one of the least interesting large
American cities, but people can at least brag "yeah, but it’s just a four-hour
drive from the mountains." So what if you were to spend 12 hours in the
car taking in some of the sights in said mountains? Well, you’d spend eight
of them getting there and only four gawking at the jagged peaks of the High
Sierra.

The upside is that the Sierra peaks are among the most impressive ranges on
the planet, so the driving time is worth the trouble. Another thought will also
spring to mind: what about, say, renting a cabin in the mountains and staying
up here a few days? Sure, but being sensible is for sissies. 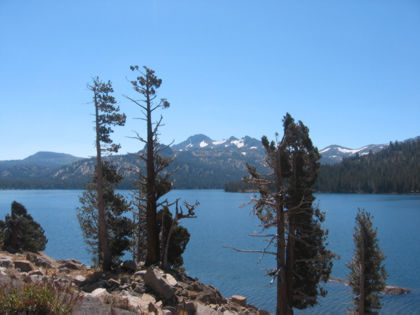 Caples Lake is on State Highway 88 near Carson Pass and the Kirkwood ski area.
We were a good three and a half hours into our trip before we started seeing
the "must-stop-and-take-pictures- scenery. I snow-camped
a few miles from here last winter. 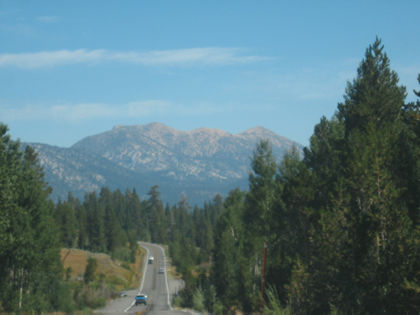 Highway 88 just east of Carson Pass — you can see clear through the windshield
because it hasn’t become covered with dead bugs yet. 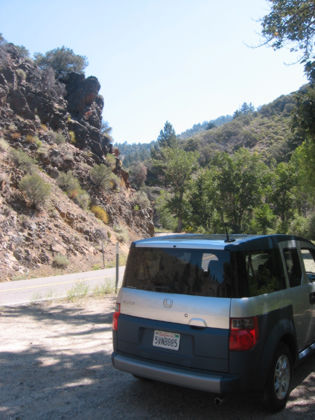 We turned off Highway 88 about 30 miles south of Lake Tahoe and turned onto
Highway 89, where we stopped for lunch. This is a fairly little-used highway
with abundant interesting scenery. 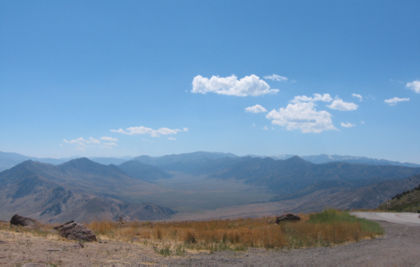 A valley on the way down from the highest pass on Highway 89. 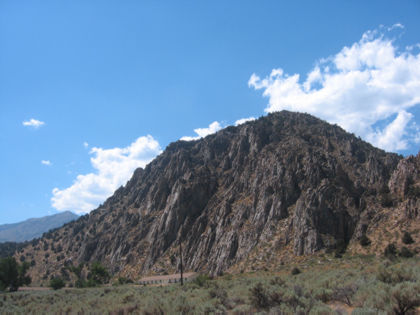 A nice-looking slab of rock along the way. 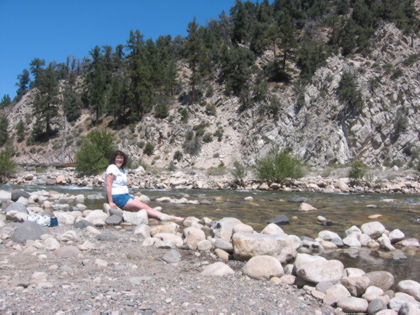 We stopped and waded in a stream along U.S. Highway 395. The water is super
cold. 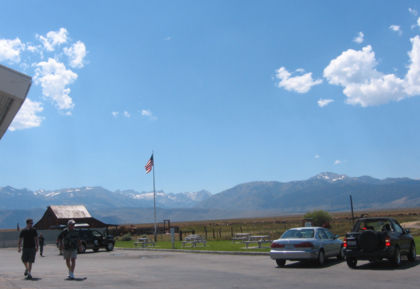 Paid $3.99 a gallon for gas at Bridgeport, a little town north of Mono Lake.
This was about 265 miles into our trip. 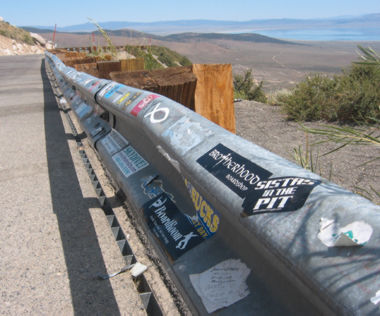 The scenic overlook north of Mono Lake includes this guardrail that enterprising
entrepreneurs have turned into a mini billboard. 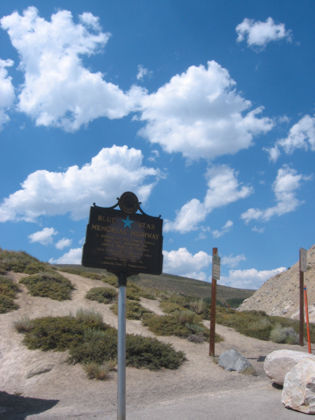 Clouds and sky as you’ll see them only in this part of California. The sky’s
a different shade of blue out here, probably because it’s so far from all the
pollutants of the city. 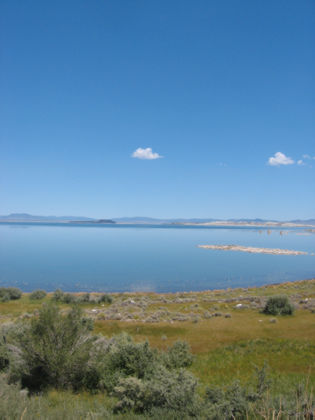 Mono Lake reflects the sky above. 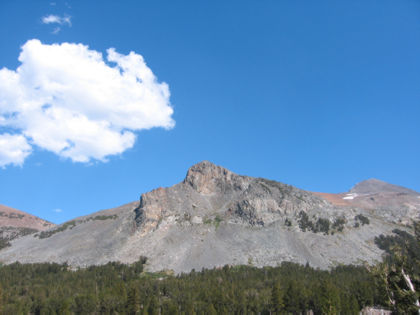 One of the rocky peaks along Tioga Pass Road on the way up to the Yosemite
high country. 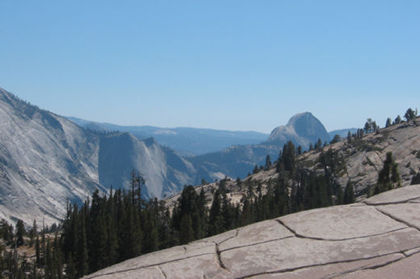 We stopped at the ever-popular Olmstead Point to grab a few shots of the Half
Dome. 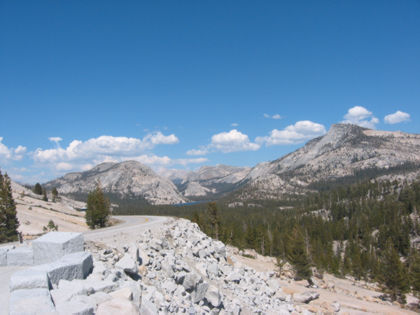 Another of those "why people keep coming to Yosemite" scenes.

From here it was mostly a matter of aiming the car at the middle of a highway
lane all the way back home. 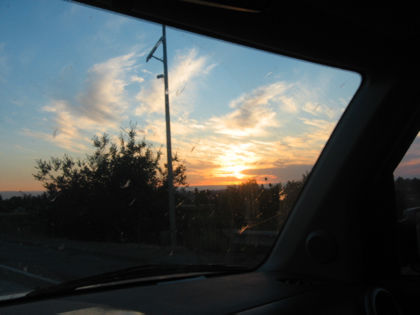 We got back to the East Bay at sunset.

2 comments for “Off to the mountains”