In the past two weeks I have discussed the following with Seagull, my hiking visitor from China:

Last week we hiked in oppressive heat, shaded by the giant, ancient pines of Big Basin Redwoods State Park. This week we headed north to someplace cool — Point Reyes National Seashore — so that Seagull could be properly impressed by the imposing cliffs of California’s shoreline.

The seashore is spider-webbed with trails. The best ones offer spectacular scenery and the sound of waves crashing against the rocks. Among the best of the best is the Tomales Point Trail, which I’ve hiked twice in the past year — once in pouring rain and another time under a perfect blue sky. It’s five miles out to the point, where the Pacific Ocean enters the Tomales Bay, and another five miles back on the same trail. It’s among the easiest 10-mile hikes in the Bay Area, and can be one of the most beautiful, depending on the weather. 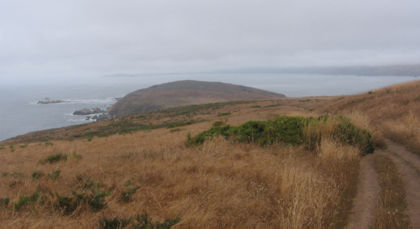 This time the weather was perfect for hiking — cloudy and cool. After sweating for 12 miles last week we were grateful for the change.

From a couple miles up the trail the Pacific Ocean is visible on the left, and Tomales Bay on the right. 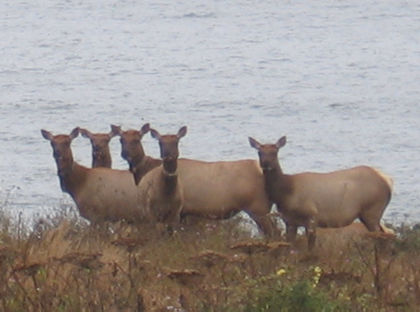 The local elk populations always manage to entertain visitors. Funny how watching large, wandering beasts graze is entertaining. Soon large male elks will begin battling each other for domination over these sexy females; the toughest of the tough bull elks get to lord it over a whole harem of females while the losers have to wait till next year. Another good reason to be glad you’re not an elk. 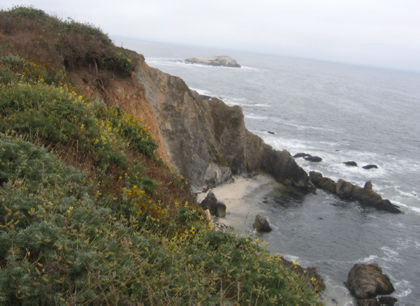 After about 4.5 miles the trail comes right up next to the cliff’s edge. 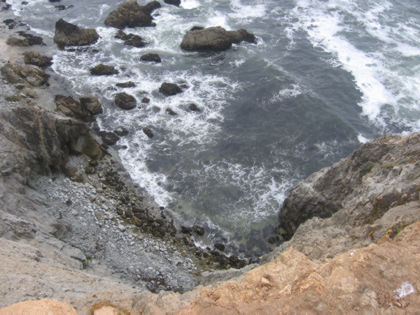 It’s a long way down there. 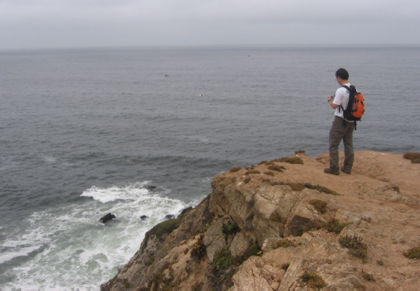 "China’s over that way," Seagull says. 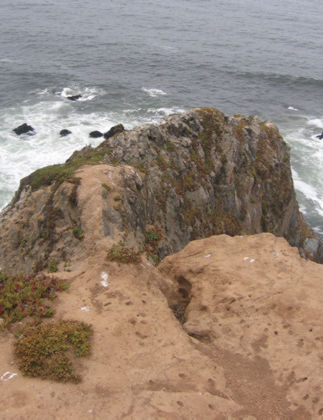 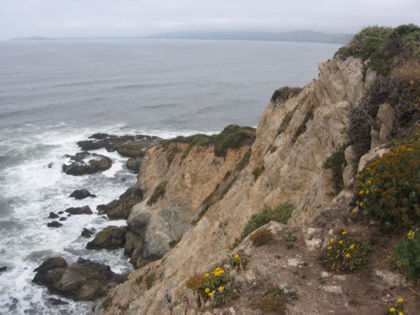 Tomales Point juts out into the ocean. 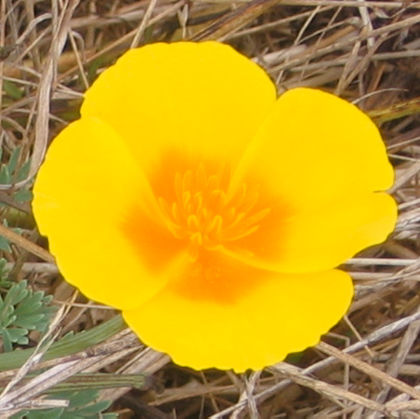 Poppies are always pleasing to the eye. 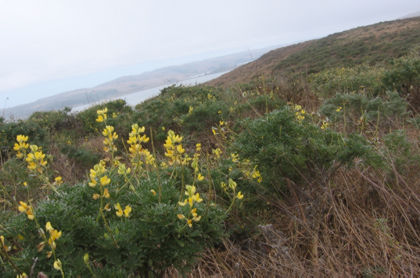 A few dashes of yellow decorate the hills along the trail. 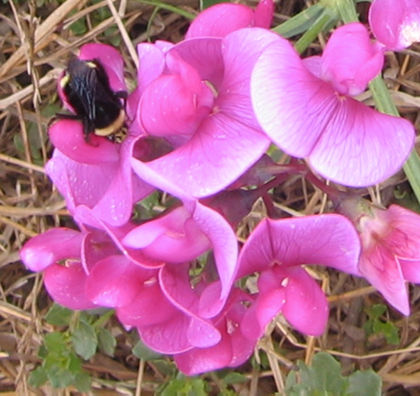 We got a bit closer to this giant bee than we should have. Must not be one of those Africanized Killer Bees. 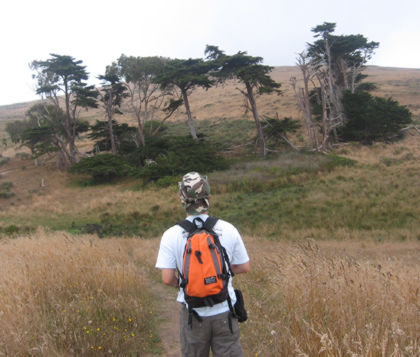 Seagull and I agree these trees are most interesting. 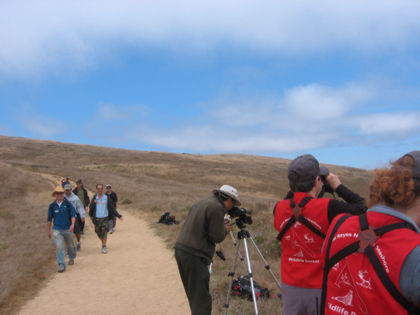 Hikers pass an elk-viewing area. The elk are way, way down in a valley nearby. 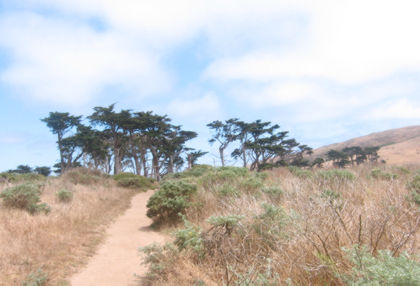 A few more of those cool trees near the trailhead, which means our hike is about done.