There used to be a limestone quarry here. Then somebody found a better way to extract lime from the stone and the site fell into ruin. The guy who started the quarry cut down most of the trees and laid the area to waste. When the profits dried up he moved on. By the time his progeny sold the land in the 1970s, there were lots of skinny trees growing skyward but not much trace of the old quarry.

Most of the forests in the Bay Area are called "second growth," which is what happened after the Manifest Destiny types of generations past handed their hard-won lands to sons and granddaughters who handed the land over to government agencies that turned the land into state and county parks. The parks people built trails that people use for exercise and shade-tree studies of biodiversity. The forests did what forests do, if given the chance.

One patch of one of these forests is called the Fall Creek Unit of Henry Cowell Redwoods State Park (not to be confused with my favorite local state park, the one named after Henry Coe). Fall Creek runs through the middle of the unit, and well-groomed trails run alongside. Hikers with strong legs and lungs can attempt the trails etched into the hillsides and see some of the few giant redwoods that, because of a bureaucratic slip-up no doubt, were thoughtlessly left alive.

I ended up at Fall Creek on Saturday at the invitation of the Russ, proprietor of Californiawinehikes.com. He’s just started a business combining hiking with wine tasting. For practice he invites people who get together at Bay Area Linkup to come along on local hikes and stop by local wineries to check out the latest vintages. When Russ was building a blog to go with his wine-hike site, he happened upon Two-Heel Drive. Links and pleasantries were exchanged and the two of us — moving at Internet speed — finally met each other in real life several months later.

So let’s check out the pix: 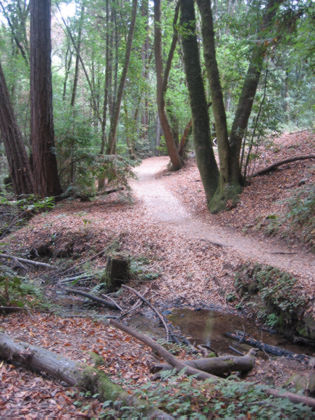 Trees, a path, your standard state park stuff. But a far cry from the industrial-strength wasteland that used to be here. 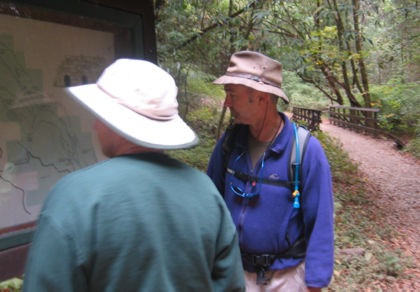 Russ, right, checks out the map. It was cool and quiet; we had most of the "unit" to ourselves. 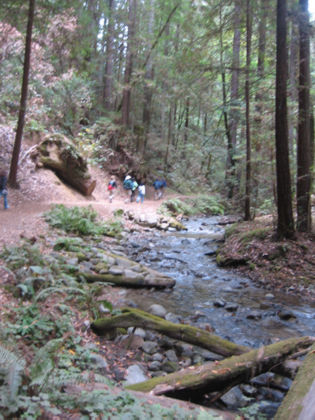 Fall Creek tumbles down the hillside. 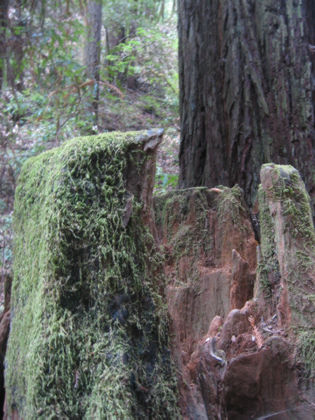 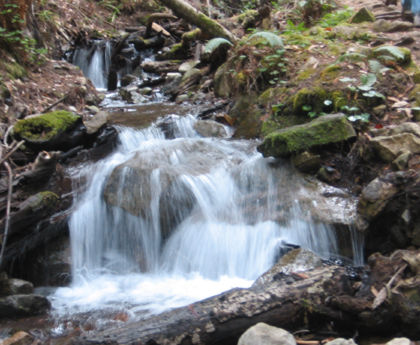 What is it about running water that makes it so photogenic? And is it the same thing that makes me feel like I have to pee all morning? 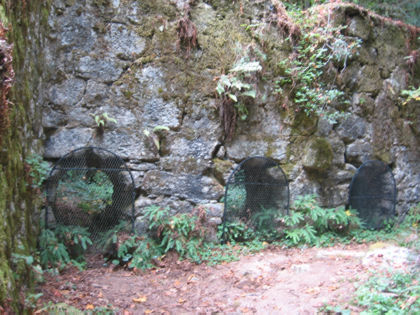 There used to be kilns here at a lime-processing facility. Now it looks like Roman Empire ruins. 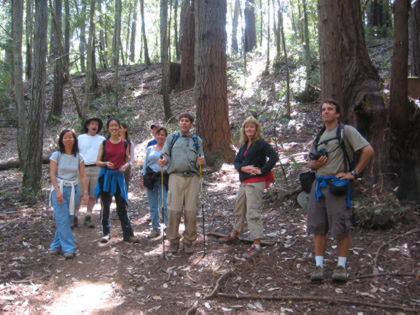 Russ’s Bay Area Linkup buddies. They’re the lucky ones who signed up early — he usually takes only a dozen or so along and others end up on a waiting list. This is what happens when you add the magical quality of alcoholic beverages after forest outings. Hmm, maybe I’ll start a Beer Hikes site. 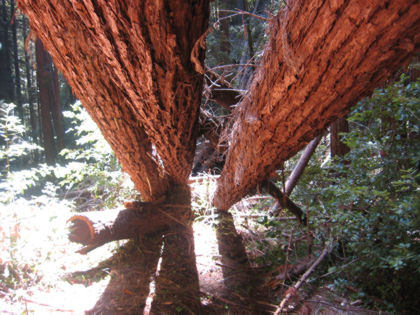 Not much of the dead-tree action I prefer, which is good in a park like this, where the trees are lucky to be alive. 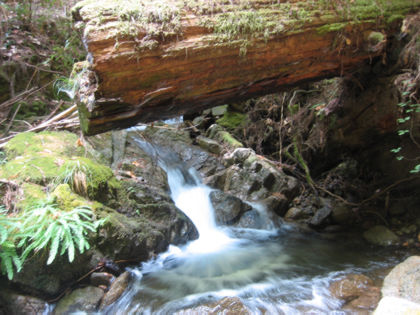 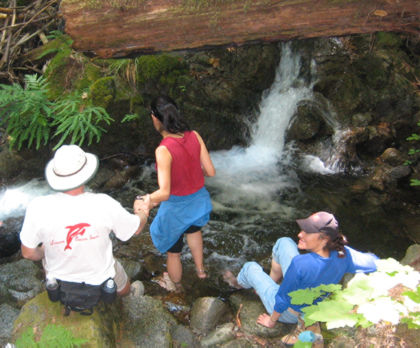 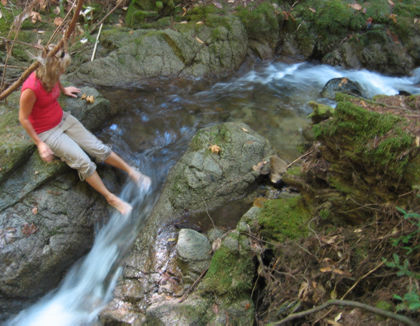 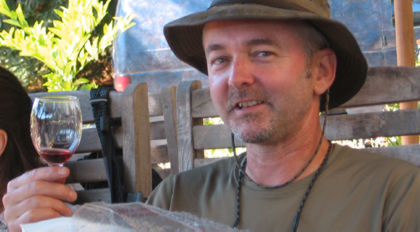 At the winery down the road, Russ approves of the pinot noir. (He knows all about tannins and body and finish and many other wine vocabulary words which separate Those Who Know Their Wine from the rest of us. My wine knowledge would fit inside his goblet, but I sip along appreciatively.)