Castle Rock State Park is a gorgeous little place in the Santa Cruz Mountains. It’s not especially large and the main trail is a nice five-mile loop with just enough hills to give you the sense that you’ve gotten some actual exercise, but not so many hills to make you hateful about the existence of plate tectonics (for those who forgot what they learned in Earth Science, plate tectonics is why we have mountains.)

I hiked there last November with Mike & Kathy’s group and ever since then I’ve been meaning to make it back. Finally got around to it on Sunday. 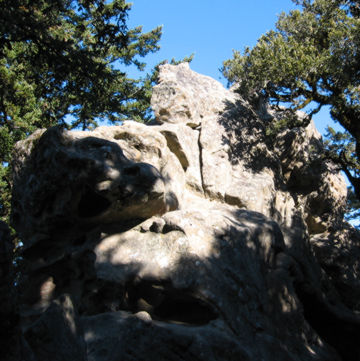 This is the Rock. It’s only about three-tenths of a mile from the parking lot, which is nice, having the namesake attraction near the entrance. 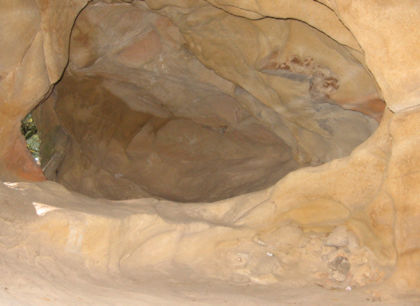 The rock is cool in its own right, but these little caverns make it even cooler. Speaking of cool, I was freezing my fanny off at this time — it was 9:30 a.m. and about 50 degrees, and I was dressed for hiking, not standing around taking pictures. So, off I went down the trail. 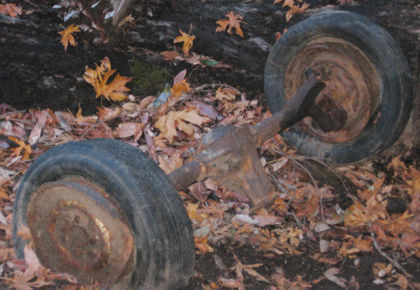 I always love seeing parts of old cars in the park. I haven’t a clue how old this is, or for that matter, why nobody bothered to haul it out. It’s not like you couldn’t just roll it away, right? 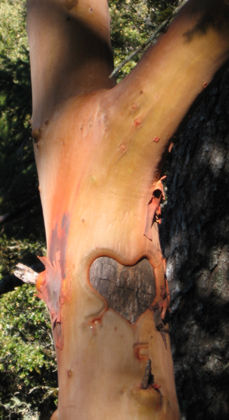 I’m still trying to make up my mind whether that heart is natural or carved there by enterprising love birds. 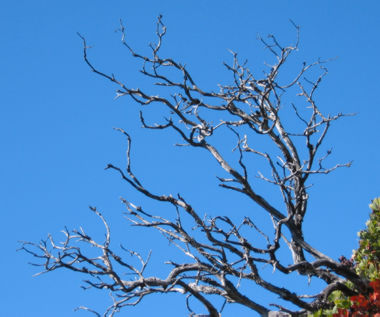 When I realized it was near Halloween I figured I’d grab some pictures of trees that look like a witch’s hairdo. 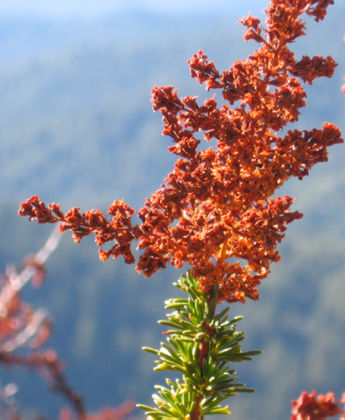 Our fall colors are mostly green where it’s wet and brown where it’s dry, so it’s nice to see some little bushes showing off a bit. 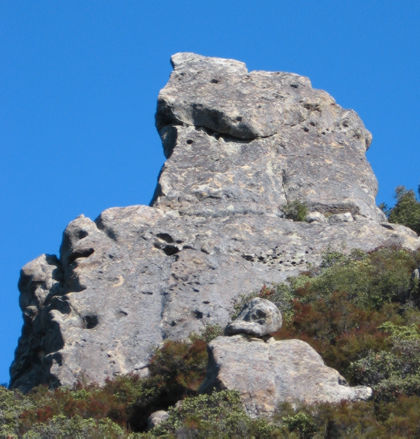 This is Goat Rock, where rock climbers get in some practice before heading out to even more ridiculously dangerous rock faces to scramble up. (Climbers I’ve talked to insist rock climbing is perfectly safe with ropes. I’ll take their word for it and let them test the theory). 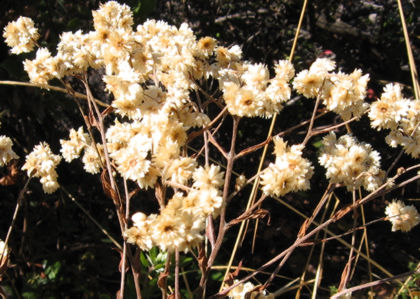 These little flowers — more like weeds, probably – grow all year, all over the Bay Area. 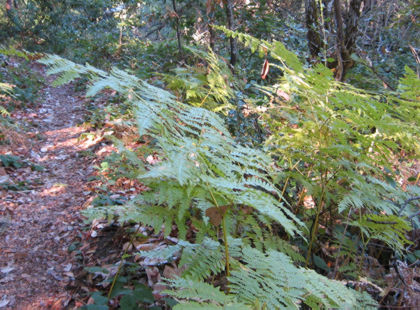 A lot of Castle Rock’s trails are shrouded by the tree canopy, and these shade-loving ferns grow like mad.

In tree circles, pictures like these are considered soft-core erotica. (The Pacific madrone is famous for disrobing — shedding its bark). 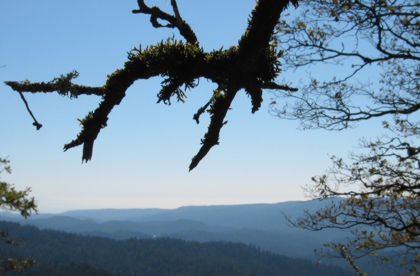 Just a pretty bit of scenery along the trail. 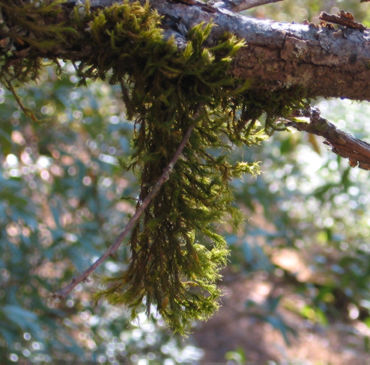 Green stuff grows all over some of these trees. 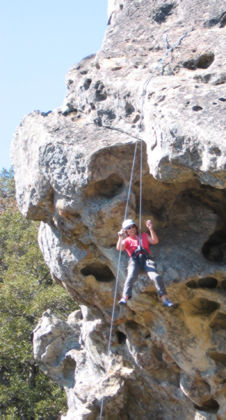 "Learning the ropes" at Goat Rock.