Summer flew the coop while we were wandering around in southern Utah. The weather was cool all week; it was overcast all day Saturday and Sunday dawned much the same.

The breeze felt like October, which was convenient, given that yesterday was the First of the month. The skies said "any blue you see from now till April is a gift." So long, impossibly blue. The hedges and shrubs on the road down the hill into town were turning from green to brown.

So evidence of Autumn’s approach was everywhere, but it didn’t really start out in earnest for me till about 2 p.m. Sunday afternoon.

That’s when the rain started.

It was a gentle rain, sprinkles mostly. I was finishing an 8.5-mile hike at Joseph D. Grant County Park with Mike and Kathy and a couple more FOMFOK regulars. We had trekked high into the hills beyond Grant Lake and returned on the too-steep-for-the-sane Washburn Trail, which tortures your leg muscles on the way up (as I learned on Mother’s Day last spring) and punishes your knee joints on the way down. As Mike put it: he wanted the idea of a difficult hike, but he was less interested in the dusty, heavy-breathing reality of actually walking it.

After the mind-blowing scenery of our recent vacation, returning to the mostly brown nearby hills seemed a bit mundane. I squeezed off a few frames, t though, mostly so I’d have something to post here. 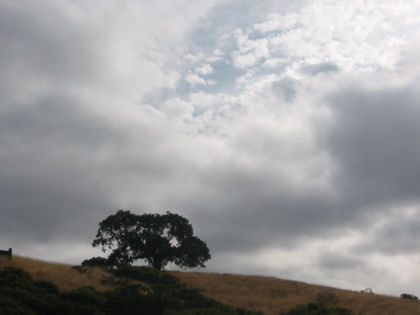 Got some interesting cloud action here — at certain times the sun will try to burn its way through, creating a shimmering effect that makes for fine pictures even on a cloudy day. You just have to be lucky enough to snap the shutter when it happens. 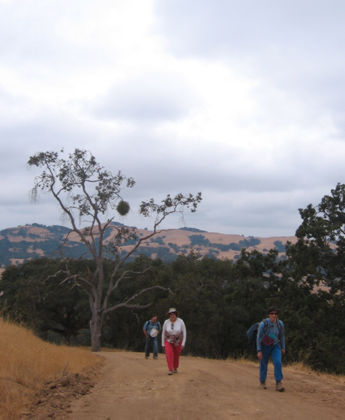 Up the hill we go. For awhile it’s all up, then up some more, and up some more after that. Then it’s all down for a couple miles on one of the steepest stretches of trail in these parts. 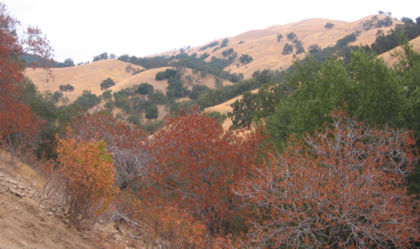 So, yeah, there is a bit of autumnal color occurring. 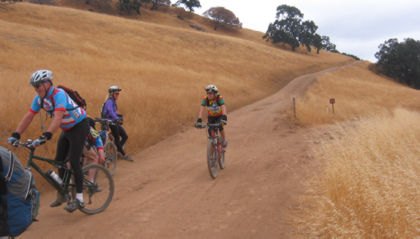 Several mountain bikers passed us on the way uphill but had to wait at this trail junction for one guy in their group to fix a broken chain. I suggested implementing a rule to motivate their travels: if they let the hikers catch up with them, they have to give them a ride. I offered an exception for mechanical failure, but we had an interesting discourse on precisely where you’d place a hiker on one’s mountain bike. I abandoned the proposal altogether after considering the possibility of sailing down one of these hills perched on somebody’s handlebars. (Thought the inevitable bloody crash might be good footage for one of those "Jackass" movies.) 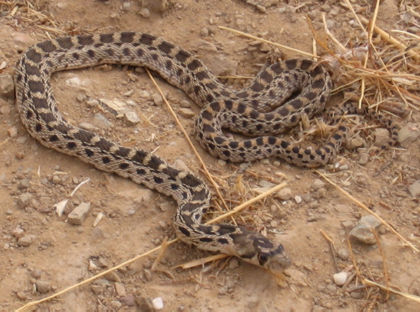 I almost stepped on this juvenile snake — Kathy was convinced it was a baby rattler but I wasn’t so sure. We left him alone before providing him a chance to prove whether he was a hollow-fanged meanie. 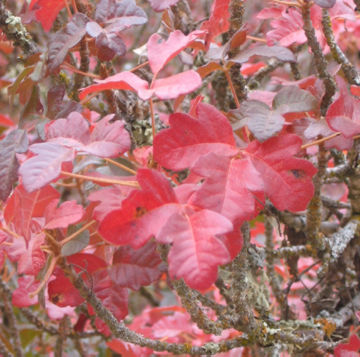 The most vivid colors belonged to an impressive stand of poison oak. Makes me itch just looking at it. 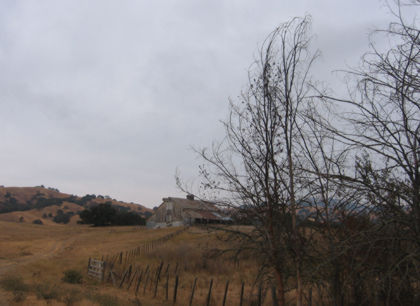 Old barn in the distance near the Washburn Trail trailhead. This is about where the rain began. Just an easy mile down Mount Hamilton Road to the parking lot from here. 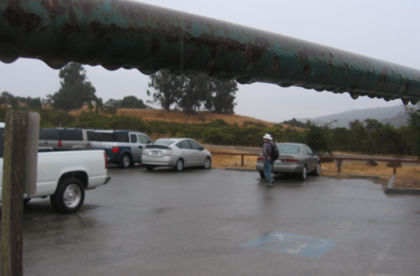 Rain drops dangle from the top rail of a gate next to the parking lot. It was a nice rain, really; just enough to introduce us to the concept of changing seasons, not enough to oblige us to slog through ankle-deep mud. There’ll be plenty of time for that in the months ahead.

Two years ago I had my inaugural "first day of autumn in the rain" right here at Grant Park. It rained hard all day, making feel slightly ridiculous out there in my rubber poncho for mile after mucky mile. That day sticks in my memory because it made clear to me the necessity of buying all kinds of new gear to deal with hiking in the rain. The folks at REI are most appreciative for this flash of insight.