Think about your images
Five-star camera bags at rei.com

A thread at the Backpacker magazine board asks for folks to contribute the experiences that most filled them with slack-jawed amazement. Many mentioned such things as childbirth and awaking next to significant others, but I thought I’d narrow it down to nature for our purposes. For me, nothing compares to the first time I saw Yosemite valley, heading north on Highway 41. The road curves to the right and the next thing you see is an explosion of distant granite in impossible configurations. It looks like the pictures you’ve seen, but the experience is fundamentally different. You immediately realize why the original inhabitants considered it a holy place. 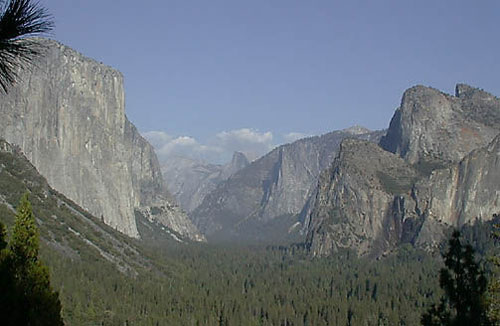 A couple runners-up spring to mind.

Sept. 2006: Zion National Park: We spent most of the day wandering through Zion Canyon and were were heading back to the parking lot when this image presented itself: This is my all-time favorite mountain picture, from the tens of thousands I’ve taken over the years. As many of you already know, the peak is called The Watchman. Maybe I need to get out more, but this was the most impressive human achievement I’ve witnessed first-hand.

How about the rest of you?