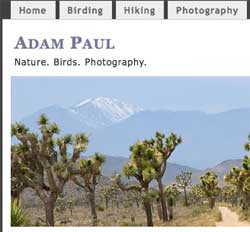 Folks have been posting up a storm lately (must be hiking season or something). Let’s take a look:

Elsewhere on the Web:

See, it ain’t all about me. Now get clicking.