My reward for spending two chilly days at an outdoor music festival was seven days of sniffles and sneezing. The worst of it was over by Sunday so I went for a little 11-mile solo hike at Joseph D. Grant County Park, which is a few miles south of us, in the same mountain range. It has tons of trails, most of them going up and down hills. My favorite kind. 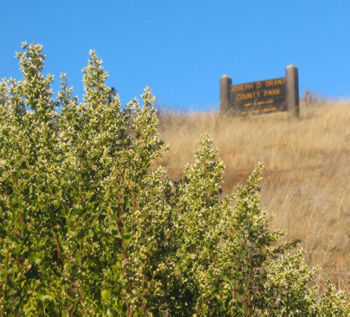 I walked about five miles in the rain at this park a few weekends back, so the blue skies were a welcome change. 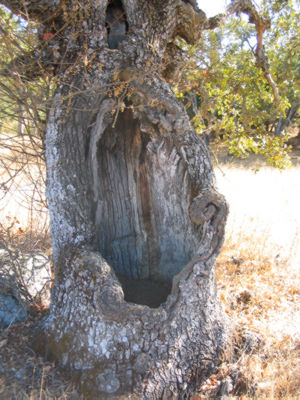 Many hollow-tree-related sights await along the trail. This appears to be where the Keebler elves’ white-trash relatives were living till the landlord evicted them for selling hash brownies. 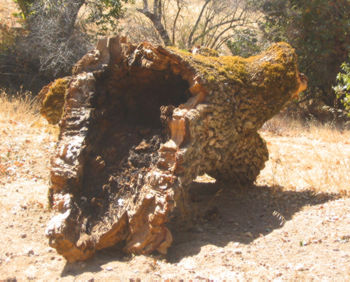 The punk-rock Keebler elves squatted here till they realized the extension cords for their amplifiers were too short. 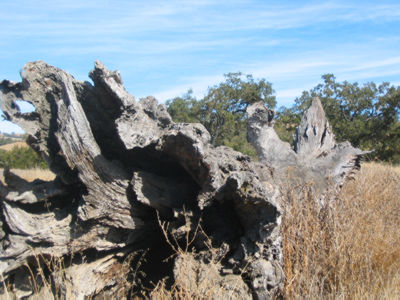 I wonder how many bugs, grubs, worms and other low-food-chain creatures it took to eat all the bark off this old tree. 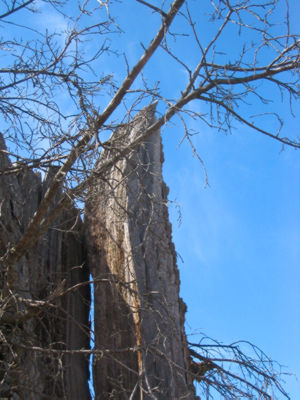 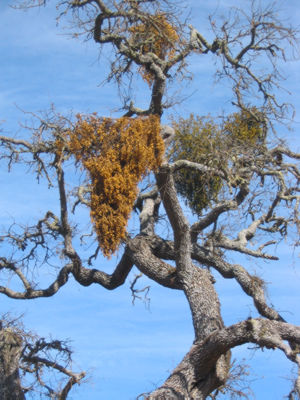 I’m fascinated by these clumps of leaves and what (if anything) dwells within. 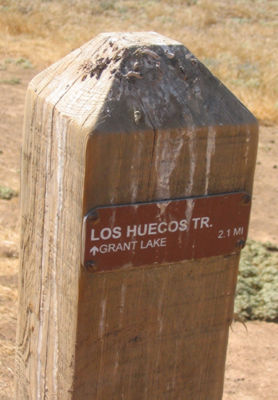 Last time I was up here, I rested my hat on this post before I noticed all the bird crap. Ick. 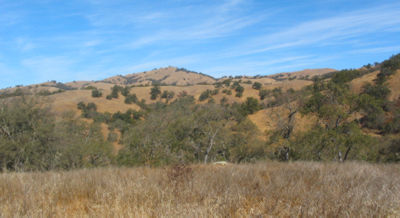 Antler Point, the highest point in the park, is atop this hill.

I spotted a coyote about a half-mile up the trail on the way to Antler Point. But no antlers.

Antler Point, which has a wonderful view of the valley when there’s no haze. Which is maybe three days a year. Elevation here is 2990 feet, making it my highest hike to date. 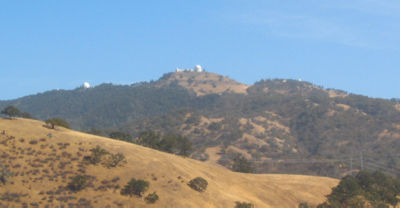 That’s the Mount Hamilton observatory, which has two giant telescopes at the top of the highest peak in the Bay Area. 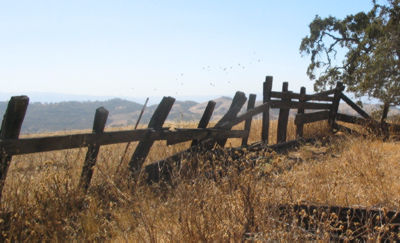 Joseph Grant was a land baron who had a working cattle ranch on this land; his heirs donated the land to Santa Clara County, which created the park and named it after him. I imagine some of his hired hands put in a good day’s work putting up this fence, which could stand a visit from those Extreme Makeover Home Edition people. 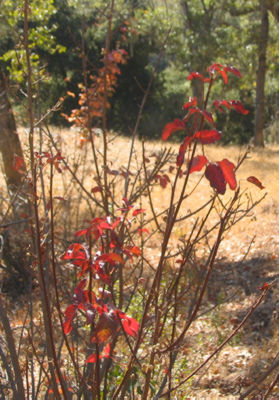 A splash of fall color along the trail. 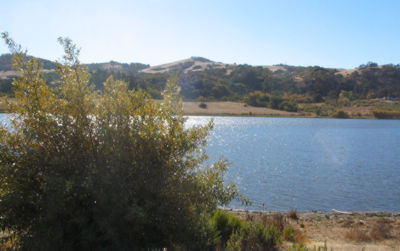 This is Grant Lake. Which should be titled Grant Pond. 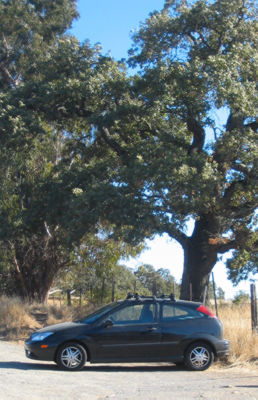 Free parking near the trailhead!