Sunday took me to Castle Rock State Park with a hiking club started by a guy named Mike and his wife, Kathy. The club’s called FOMFOK for Friends of Mike, Friends of Kathy. It’s mostly them and their pals but they have a web site that invites strangers like me to come along. Unlike the speedsters I sorta hiked with Saturday, Mike and company keep a pace more to the liking of guys like me who finished last in every race they ever entered.

That’s Mike in the yellow shirt; Kathy’s at the left. They have the coolest cars: Mike drives a Toyota Prius and Kathy has a Cooper Mini. Their friend Dave is the guy in the dark hat; he forgot his hiking shoes (thought he’d left ’em in the car) and had to do 5 miles in glorified house slippers. He soldiered on fine. Everybody’s partaking of peanut butter-chocolate chip cookies — what better way to prepare for the trails? 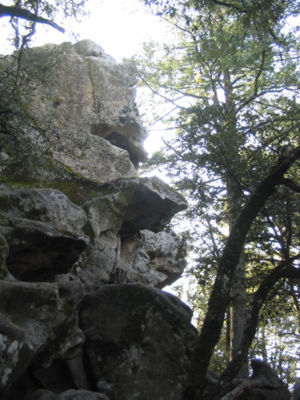 This is Castle Rock, one of the main attractions in the park, which is one of the most popular destinations in the Bay Area. More cool rocks and trees; this is all I ask of a trail. 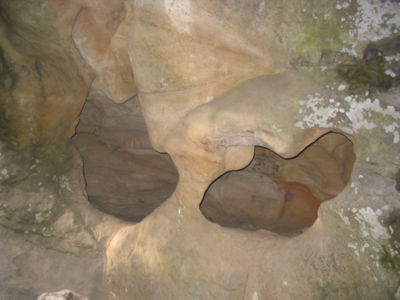 The rock has all these indentations … heaven knows how they got there. 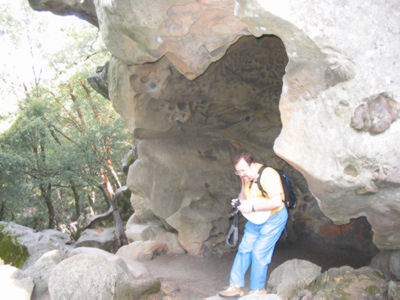 Mike in one of the biggest openings in the rock, which has all these holes that seem like they must’ve been bored by a giant drill bit. 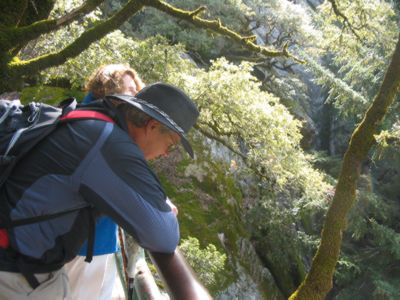 Dave looks down at one of the waterfalls. This overlook is poised right on top of a sheer cliff 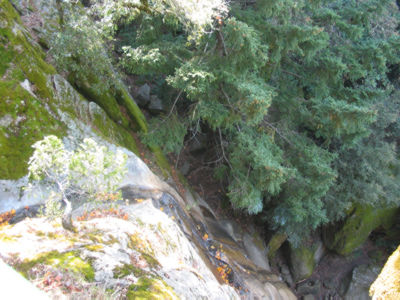 This is the scene looking down. There’s a trickle of water coming in from the left. It’s more of a stunning sight when the rain’s been pouring for a few weeks in January. 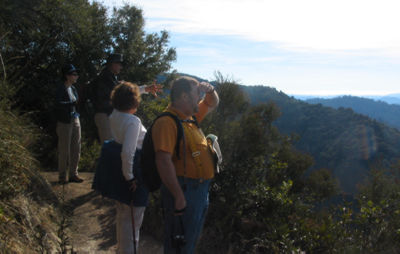 On a clear day you can see the Pacific Ocean from here. 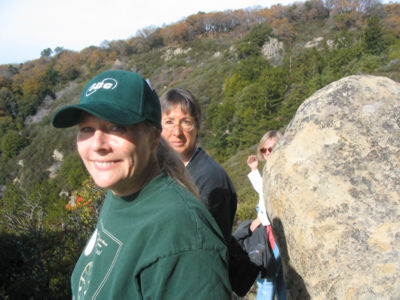 Smile, ladies! It occurred to me we could’ve had a Guys.vs.Girls edition of "Survivor" out here; the women would’ve cleaned our clocks. 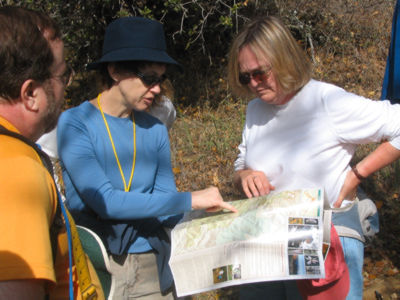 Concern No. 1 is always "are we on the right trail?" 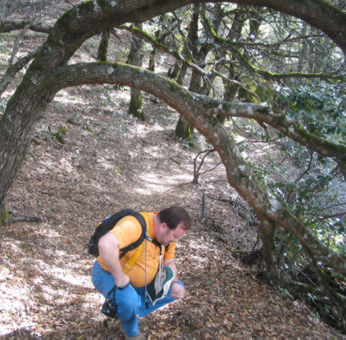 Mike’s checking out the acorns. He uses them as molds for silver jewelry. 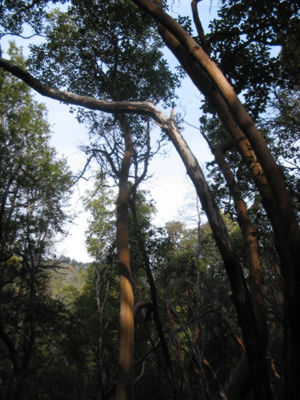 These trees like to shed their bark. I asked Dave how come and he said, "oh, you know, it’s California." Which I translated to mean, "oh yeah, they like to get naked." 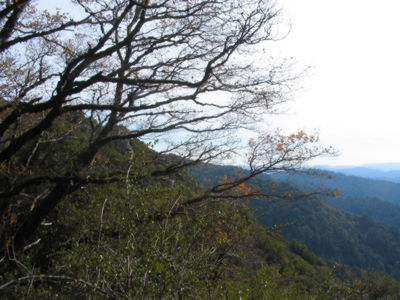 Scenic vista No. 4,139,276 (another reason why people keep coming to California and never leave). 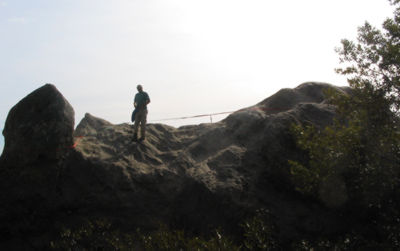 Another big rock, with somebody climbing on it. Like somebody left it there for just such a purpose. 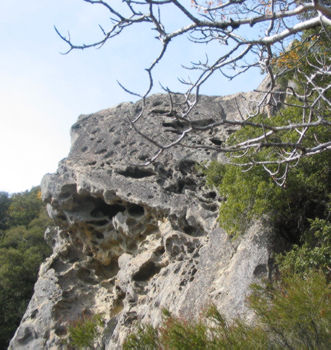 Makes you want to shove your hand in one of those holes and pull out a lion’s head like Bullwinkle, doesn’t it?