Mike and Cathy’s hiking club has a tradition of taking waterfall hikes after New Year’s. I went along on their first of the season Saturday at Uvas Canyon County Park in Morgan Hill, south of San Jose. The park is tucked way back in the east side of the Santa Cruz Mountains; crowds are small, scenery is gorgeous, and at this time of year, the rainwater is roaring down the hillsides. 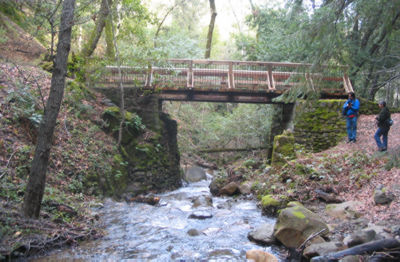 This bridge is near the parking lot. The cool stuff is behind me. 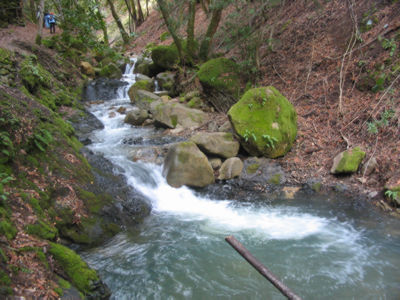 Not exactly a waterfall, but a hint of things to come. 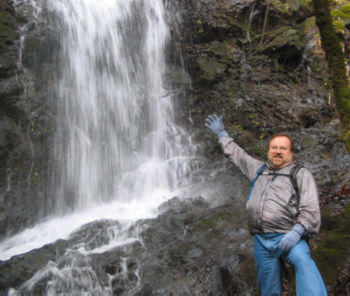 Now this is a waterfall. Mike’s airing out a certain bodily region warmed by the climb to this spot. 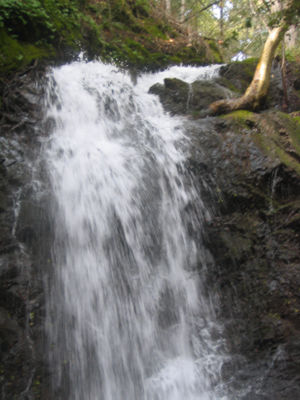 If you’re daring enough you can clamber right up next to the falling water. 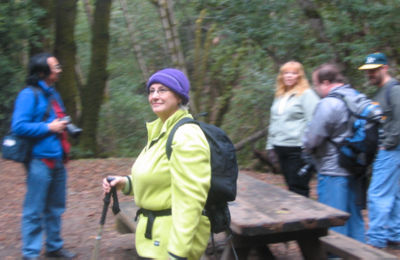 Molly contemplates the scenery … please forgive the evidence of Photographic Art — that is, having the foreground in focus and the background blurred. I got the effect purely by accident, which makes it that much cooler in my book. 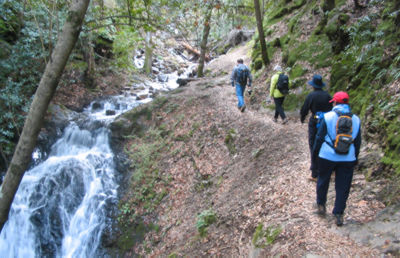 Yeah, yeah, people walking along the trail, waters rushing by. It’s only mundane when you see it on a somebody’s web page; in real life — with all the sounds, smells and other treats for the senses — it’s something else. 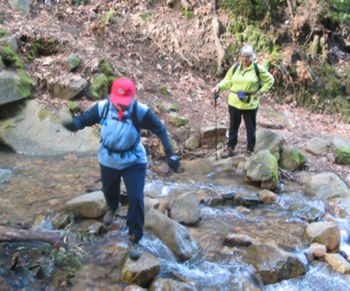 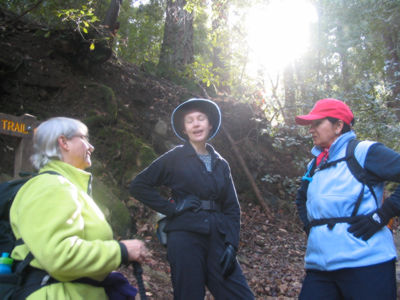 Molly, Kathy, Riffi. Digital cameras can do cool stuff like creating light outlines around people but I could’ve never gotten this effect in a million years if I’d intended to. 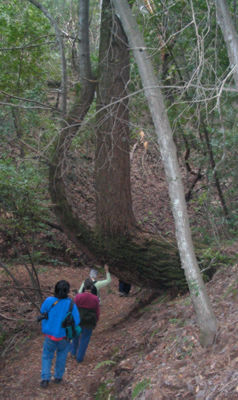 Every hike produces yet another Cool Tree of California. 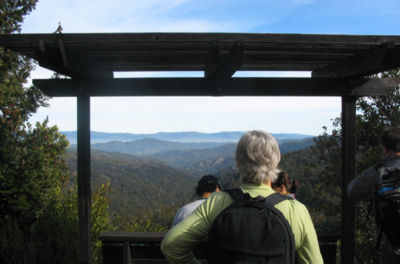 The top of the trail overlooking the Santa Cruz Mountains. 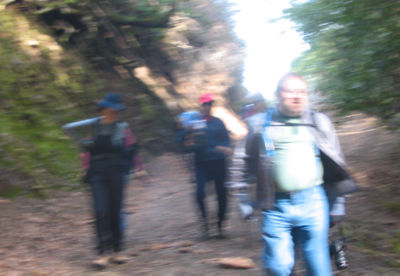 OK, so I had the flash turned off, which made the shutter do strange things when I failed to hold the camera still. Today my accidental photography is coming out better than the intentional stuff. 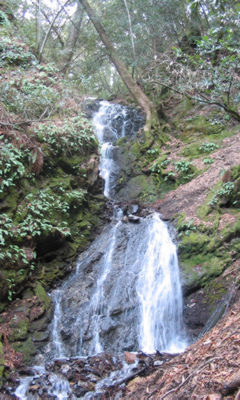 The final waterfall on today’s tour. Or, as Mike said: "This concludes the entertainment portion of our trip."

Addendum: A couple of my fellow hikers sent along pictures with me in the frame. 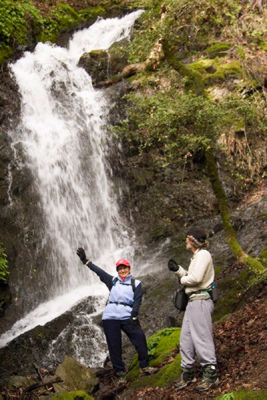 Riffi waves to her admirers while I gawk at the falls. (Photo by Mike Wimble). 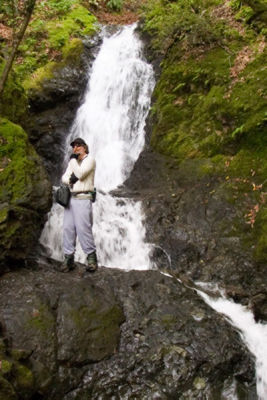 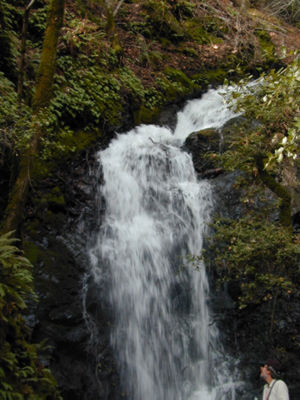 Just for an idea of how much taller the falls are compared to little ol’ me. (Photo by Gwynneth Rayer).