The highest hill in these parts is Mount Diablo, which rises 3,849 feet above sea level amid the hills, flats and suburbs of Contra Costa County. Dominates the East Bay landscape. It can take all day to hike up there if you go the long way; Saturday I went the short way from a trail junction about 2,000 feet up. Only 2 miles of trails to the top from there, but all of it uphill. A nice Goldilocks hike, not too hard, not too easy.

Once again I went along with Mike & Kathy’s hiking club — the hike was mostly Kathy’s idea, which was that this time of year the views from the Diablo summit can be amazing, because winter rains wash all the smog away. The view wasn’t quite perfect — we couldn’t see San Francisco or the Sierra foothills — but the clouds did these amazing things that more than made up for it. 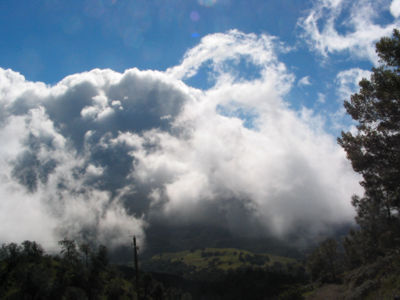 Here’s a bunch of ’em putting on a nice show. Video’d be even better, to capture the swirling motion. 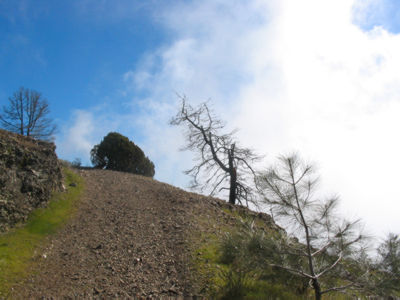 Yeah, the trail was short, but it was also steep. 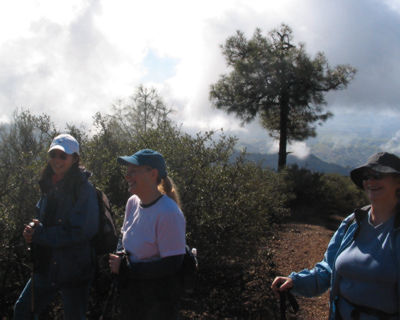 Yipeng, left, a newcomer to the group, shares a chuckle with Joanne and Molly. Can’t remember what they were laughing about, which makes me suspect it was probably me. 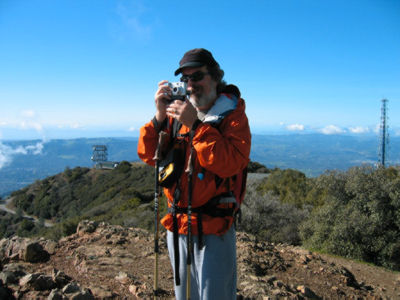 Yipeng took this picture of me taking a picture of… 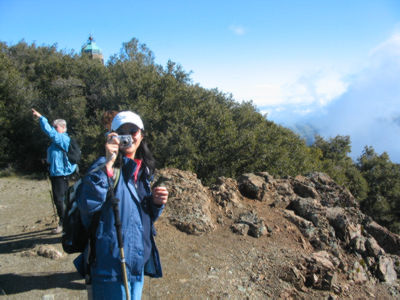 …. her, near the top of the hill. Hers came out much better than mine despite the nontrivial challenge of having me in it. Nice work! 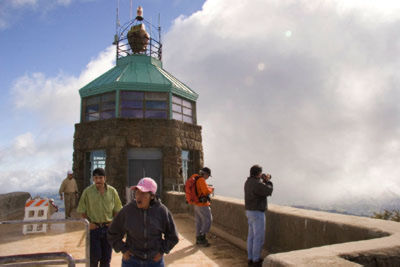 Mike took this picture at the observation platform at the Diablo summit. 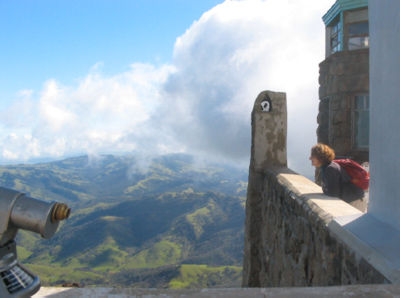 After an intense gawking session we broke for lunch, and discovered it’s cold as hell up there with a strong breeze and us all moist from the exertions of a 2-mile uphill slog. 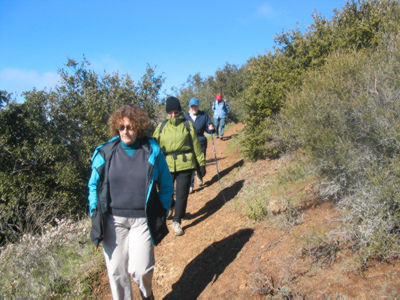 Everybody was dressed warm for the hike back down. 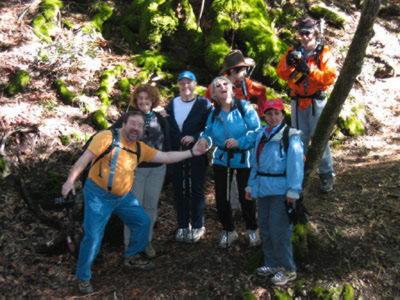 Another priceless Yipeng shot. Just for the record, Mike isn’t a silly guy at all, he just acts that way when people point cameras at him. 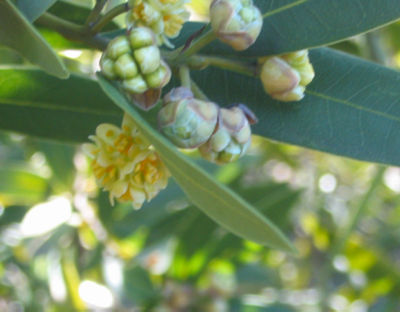 Some new buds and flowers trying to bloom. 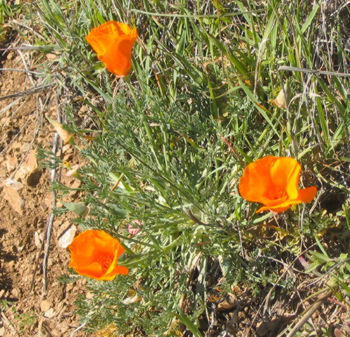 And a few California poppies. 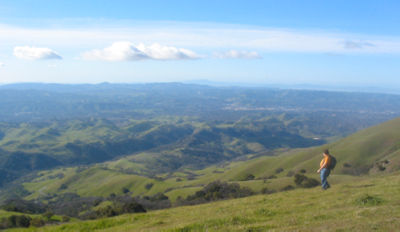 So we’re gazing down on this example of scenic splendor (good thing no state parks bureaucrats were around; they’d have felt compelled to plant a "scenic overlook" sign here to alert those who otherwise would’ve missed it) and over my shoulder, Kathy breaks into "The Hills Are Alive, With The Sound of Muusic…." channeling Julie Andrews with uncanny precision. And suddenly it didn’t seem so implausible that a movie character would spontaneously erupt into song.