I’m on vacation for the next two weeks, so the first order of business on Day One had to be a hike. I chose Alum Rock Park, which is run by the city of San Jose. It used to be a major tourist destination around the dawn of the 20th century; the park has a bunch of mineral springs that were once believed to healing properties (back when, you know, there we no real cures for anything). Today it’s mostly a park for picnickers, joggers, bike riders and hikers. The trails aren’t especially long but they are steep in places because the park’s in a valley and the trails go up the hills on either side. I started off by getting off the trail into a tangle of brush on a near-vertical hillside full of briars and poison oak. A tick bite and several scratches were good enough reminder of the wisdom of sticking to the trails.

One of the rocks for which the park is named. Yeah, I climbed up there, but I didn’t go up this way. (I’m not that much of a lunatic). 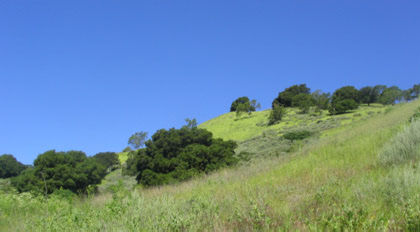 The rainy season seems to have said its goodbyes, which means the green hillsides are starting to fade in the sun. It’ll all be yellow in a month, if not sooner. 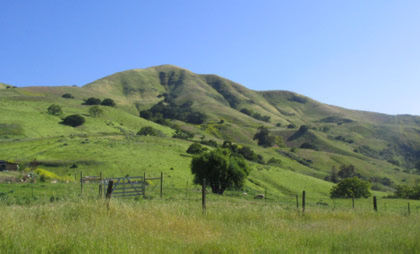 This big ol’ hill had me thinking, "hmm, wonder if there’s a trail up there?"

There was, but I wasn’t sure it went to the top till I got there. 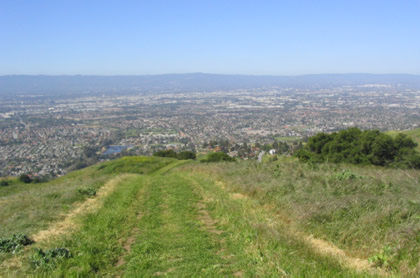 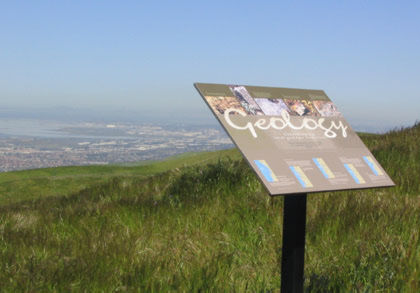 The view’s even better from the top of that hill. 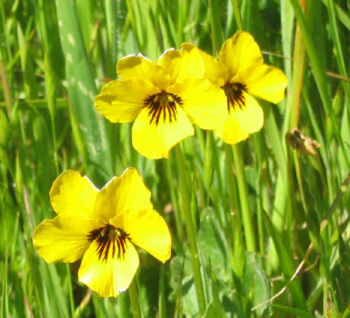 A few of the last wildflowers are hanging in there. 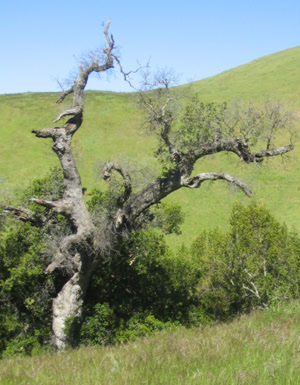 There must be a twisted old dead tree. 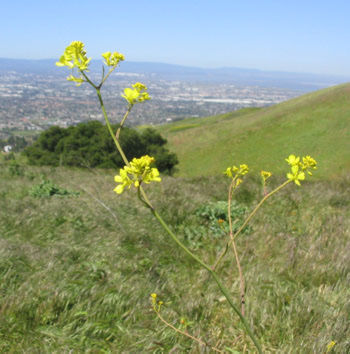 And a flower juxtaposed with a scenic background. 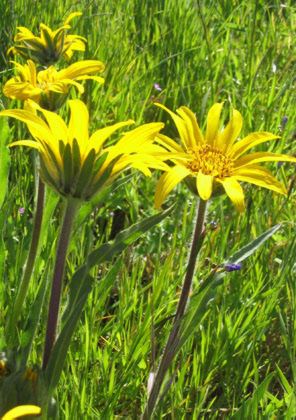 The yellow ones seem to have the most staying power

Spotted these turkeys on the way back down. It’s fun to watch ’em take off down the trail — there really is such a thing as a turkey trot.