Acronym of the week:

This came to mind Saturday as I was hiking along the "roller coaster" section of Willow Ridge Road in Henry Coe State Park. Except real roller coasters are fun. If there were amusement parks which required you to push your cart to the coaster’s apex by hand, and if you were self-loathing enough to do this as a hobby, you’d have a fair approximation of what it’s like hiking this bit of dirt road.

I decided late Friday night that I had to get out of the house and go on a campout. I’ve often wondered about hiking out to Mississippi Lake at Henry Coe, so this seemed like a good time to give it a try. A cool, breezy day is forecast, with only a 30 percent chance of thunderstorms. Typically a one-third chance of getting stormed upon would all but guarantee getting soaked from above, but since I took all my raingear — which adds a pound an a half to my pack — Murphy’s Law kicked in anyway and delivered a weekend full of ominous-looking clouds but no actual rain.

The route to Mississippi Lake would warm the heart (and feet) of hardcore distance hikers. It’s eleven miles one way with a combined 3500 feet of downhill and 2500 feet of uphill on the way in (tag on another mile to find a campsite); reverse those numbers on the way back. If you’ve been following along you know that Henry Coe has brutal hills complemented by fantastic views; I’ve climbed the worst of these hills and seen the best of the scenery, but nothing quite prepared me for the Roller Coaster. It’s a tad less than four miles, a fine little workout if you parachute onto one end and grab a helicopter ride home from the other. But to hike there, you ascend two butt-kicker ups and descend two toe-jammer downs over the course of nearly seven miles. And then you slog on up and down and up and down and up and down for what feels like forever. The hills aren’t countless; I know because I tallied 20 of them. About five hilltops per mile. Wicked. 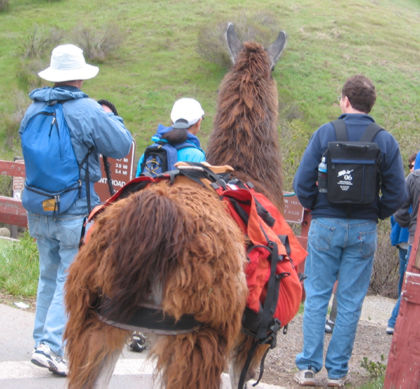 Witnessing an Andean beast of burden at the park headquarters should’ve been my first clue. Llamas are interesting animals, just never forget they are essentially camels without humps, which means they can have a bit of an attitude. 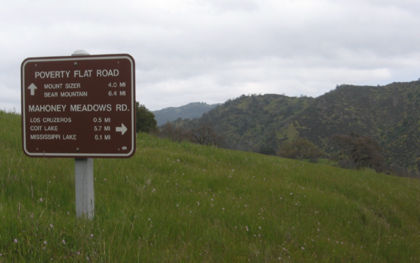 At this point it’s only six more miles; after a nice trot down a hillside and a stream crossing at Los Cruceros, it’s up the Willow Ridge Trail (steep but gorgeous single-track) and a left turn on Willow Ridge Road. Then the fun begins. 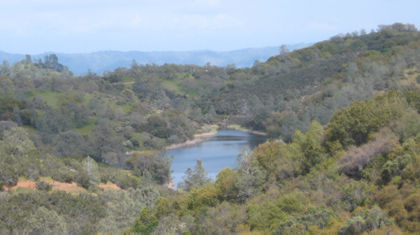 After what seems troublingly similar to the passing of an ice age, Mississippi Lake shows up on the right. 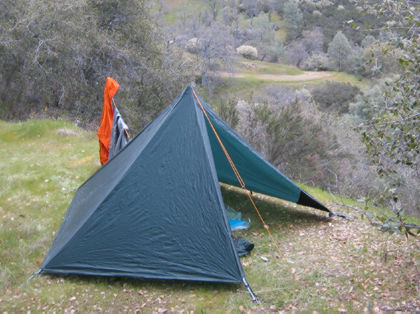 I found a nice campsite perched on a hill overlooking the lake. That’s my shiny new GoLite Hut2 shelter; gotta love that forest green and only 22 ounces. My other tent weighs more than double that. Shaving off pounds sharply reduces the hike-from-hell vibe of this outing. On my first Henry Coe overnighter, I went six miles with 40 pounds. This time I went 12 miles with 21 pounds. I have such ungrateful feet: even with half the load they’re still whining about all those miles. 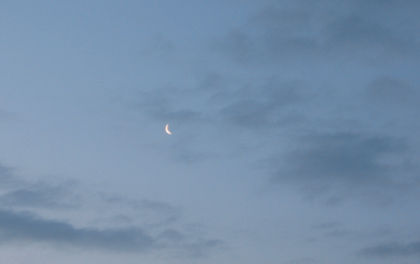 Quarter moon at dawn. The great thing about dawn is it gives you an excuse to abandon all pretense of a restful night’s sleep and pack up and hike on. 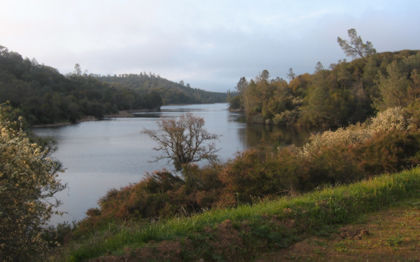 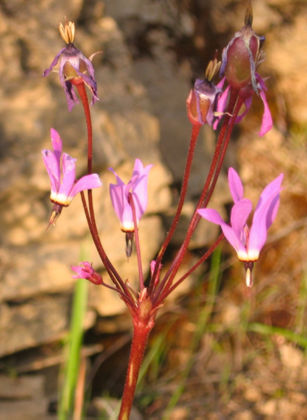 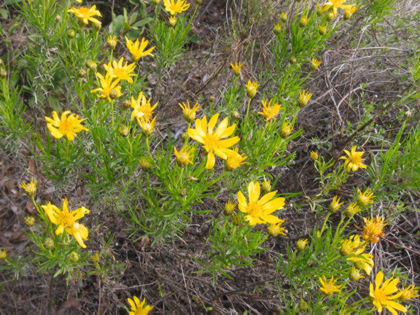 Took these just before the return trip on the Roller Coaster. I took a picture at the top of each hill to keep my mind occupied. It made the trip bearable but didn’t seem to make the hills any shorter. 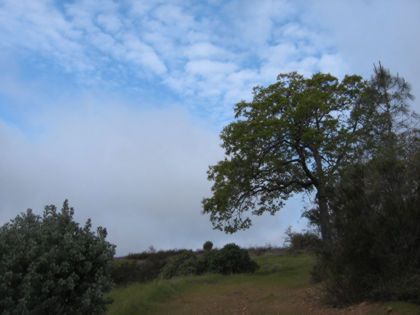 This is about as much blue sky as I saw over the course of both days; it was chilly and breezy the whole time, which turned out to be perfect hiking weather. 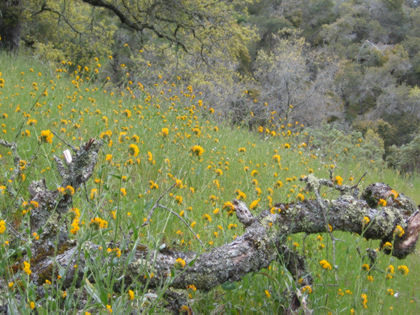 More wildflowers along the trip down the Willow Ridge Trail on Sunday. 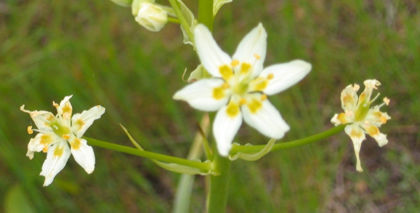 And some white ones… 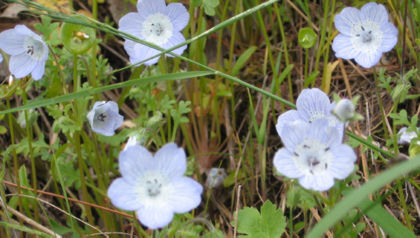 And some blue ones…. 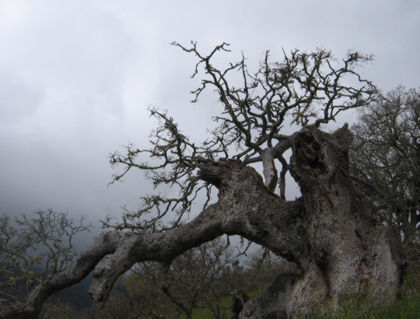 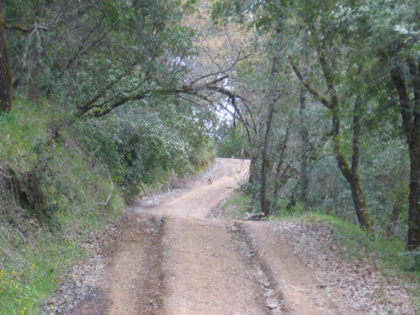 The brown speck in the left tire track at just about dead center in this image is a bobcat I saw strolling up Hobbs Road. He trotted up this brutal beast of a hill like he had antigravity paws or something. On maximum zoom it’s possible to make out a animal with no tail and the distinctly feline lower hind legs.

Reckon that’s enough for this weekend. I’m going back to Coe next week for an outing that completes my lightweight backpacking course, so I’m sure I’ll have fresh complaints about the hills to recount then.